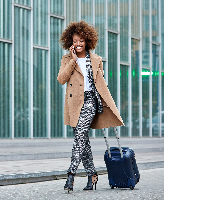 GDS companies have had to move with the times and evolve their offerings and models, as the changing landscape of travel distribution has shaken up the way travel products are sold and distributed.

The global distribution system (GDS) companies in the travel industry originated from a traditional legacy business model that existed to inter-operate between airline vendors and travel agents. During the early days of computerized reservations systems, flight ticket reservations were not possible without a GDS.

However, as time has gone on, many airline vendors have now adopted a strategy of ‘direct selling’ to their wholesale and retail customers (passengers), whilst the advancement of technology across the board has also forced the GDS companies to re-look their models and offering.

The world’s big GDS companies have over the last few years positioned themselves as travel technology experts and thought leaders, as opposed to merely the providers of a GDS platform. These companies are big players in the global travel space and often at the cutting edge of industry-leading travel technology.

“It was once the case that Amadeus’ distribution business was irrefutably a ‘Global Distribution System’,” says Andy Hedley, General Manager of Amadeus Southern Africa. “Our technology enabled travel agents to book a flight for their travellers, on behalf of an airline. But the nature of travel commerce has since expanded significantly, and so have we as a technology company serving the industry.”

“One of the fundamental value shifts we have witnessed has been the move from processing demand – executing transactions on behalf of providers, to creating demand – generating business for providers. The GDS has traditionally focused on executing transactions. The world of demand creation has exploded with the need for digital traffic acquisition and lead-generation, shifting the focus from booking to converting.”

In the Southern African market – and in fact in Europe and North America – Amadeus, Travelport and Sabre are the major players and all have been forced to re-think what role the GDS companies now play in the travel industry.

“Our travel industry has seen major disruption in recent years,” says Richard Addey, South Africa Country Director, Sabre Travel Network. “Today, passengers have power over travel – choosing whether to travel by plane, rail or car, and whether to search online, use an agency or phone a supplier. Travellers have an entire ecosystem of options, services, apps, channels, and data streams – and travel companies like Sabre provide the platform that serves up these options.”

So, it’s the evolution to becoming a ‘platform’ – and, arguably, one of many – as opposed to the original role of a ‘go-between’ between the airlines and travel agents. To their credit, the big GDS players have evolved significantly and are now seen very differently – that is, as industry leaders in the tech space, recognising where the change is taking place and how to remain relevant.

Staying relevant has meant taking their businesses in different directions – where there is opportunity.

“We believe that over 70% of travel commerce interaction will be made by a mobile device by 2020,” says Claudette Thorne, Country Manager for Travelport South Africa. “We also believe that mobile and the trends shaping its development and use will become critical growth enablers for all travel companies.”

“The digital landscape is shifting faster than it ever has before and so too are the needs of today’s hyper-connected travellers. As new technology enters the market, the rate of change will accelerate even faster. The companies that benefit the most will be those that maintain a razor-sharp focus on adding value to the experience of their customers across their entire journey, continually learn and adapt using the analytics capabilities of mobile, and use the latest technology to ensure they remain relevant not only in 2018, but way beyond.”

This is, arguably, the biggest issue in the GDS space, and how the big players are responding to it is largely going to determine their role in the travel industry going forward.

European airlines have led the way in recent years, exploring distribution models outside the global distribution systems. There was a huge outcry in 2015 when Lufthansa placed a surcharge (about $16) on GDS transactions made by travel agencies, in an attempt to shift bookings to their direct channels. British Airways then added a similar fee (about $11 per leg of a trip) in 2017 on bookings made through Sabre, Amadeus, or Travelport. All of this was in an attempt to reduce their distribution costs.

“We acknowledge that some airlines will choose to have more control of their offers, and that agents will continue to require access to all relevant content at the lowest possible cost,” says Hedley.

“If I ran an airline, I too would want to have the best possible direct channel engagement to customers and prospective customers,” she says. “I would want to be able to move fast and to be in control of my own destiny, and I would struggle being part of a ‘community’ model and have to wait in line until an outsourced supplier can deliver what I need. However, I wouldn’t see direct and indirect as binary. Ultimately, I would want the experience of assessing and buying my product to be as good in any channel that my prospective customer was looking in. And the truth is that channels are expanding not shrinking in number – albeit with a progressive shift between each of them. It is just getting more complicated; hence partners should work to navigate through this together.”

Basically, the GDS companies have had to roll with the times and see how they fit into this changing landscape where some travel partners want to take out the middle man.

An interesting take on this theme is provided by a report released in 2017 by the London School of Economics and Amadeus, looking at how disintermediation could affect the world’s major airlines.

“While direct distribution can be effective for [full-service carriers] with strong brands in home markets, reaching consumers in international markets requires global networks provided either by GDSs and travel agents or by gatekeepers and metasearchers,” says the report. “Big brand airlines could expand global direct sales in collaboration with gatekeepers such as Google and Facebook by paying higher fees for advertising and traffic acquisition. However, the power of the airlines to negotiate will decrease as the search control of gatekeepers increases. At the same time, smaller [full-service carriers] will need to rely on the transparent comparisons provided by GDSs to compete effectively.”

At the same time as this shift towards more direct channels, the airline industry has been, for some time, trying to move towards adopting the International Air Transport Association’s New Distribution Capability paradigm, which essentially simplifies transactions between different members of the ecosystem by using XML coding language, and allows for selling ancillary products like seat upgrades.

Yet, because airlines don’t have to use this technology, individual airlines have adopted it at a different pace. The rise of merchandising and ancillary products, however, has coincided with the adoption of this relatively new IATA standard. Traditional global distribution systems haven’t previously allowed for much customization in this area, being hampered by limitations in their fare basis code systems.

Now, though, the GDS companies have had to re-look things. “The NDC standard holds huge potential to revolutionise the travel industry, but it needs further development and the right economics in order to achieve that,” says Hedley. “Our NDC-X programme will focus on developing new use cases for true standardisation, in a test and learn approach, in order to deliver improved capabilities.”

Despite Hedley’s reservations about how much work still needs to be done, Amadeus expects to have web service bookings in production, connecting to airlines via NDC later this year. This means it will be working together with driver partner airlines and travel agencies to enable a simple flow of “shop, order and pay”, using the NDC standard.

“By next year we will develop that further to include the servicing capabilities that agencies need, such as the ability to change tickets, or to add ancillaries,” says Hedley. “This is when NDC will really be industrialised and will be available to our airline and travel seller customers. And we will continue to develop and evolve the standard, adding more sophisticated use cases as we go on.” Amadeus is currently NDC certified level 1 as an aggregator – allowing for travel agencies to add on ancillary services using NDC XML in the same booking flow – and plans to be NDC level 3 certified later this year. Travelport, in turn, is already a level 3 aggregator.

“NDC is simply another step in the evolution of airline distribution technology,” says Thorne. “The success in this domain depends heavily on airlines and partners adhering to IATA standards, and acquiring the necessary certifications to distribute with these capabilities. We are already working closely with a handful of airlines to develop NDC-based connections and Travelport has given NDC its explicit support. We know the industry needs to transform the way flights are sold and IATA’s NDC is an important part of this.”

In a related development, the Lufthansa Group and Tourvest Travel Services recently unveiled the first NDC-capable Direct Connect solution in the South African market. As the first TMC in South Africa to fully implement Direct Connect, effective March, Tourvest will receive Lufthansa Group content using a new NDC-capable distribution channel. Tourvest will be in the position to receive differentiated, customised Lufthansa Group content. Going forward, the differentiated offers made available to Direct Connect partners are envisaged to be further expanded and adapted continuously in order to meet the changing customer requirements.

In addition to Tourvest, other agencies are currently engaged in similar projects jointly with the Lufthansa Group in South Africa.

“I don’t think it has ever really been a question of steering customers away from or bypassing the GDS,” says Thorne. “NDC is really about more airlines seeking to introduce more modern retailing techniques, whether that’s, for example, dynamic pricing or increased personalization of fare brands, than GDS bypass. What NDC doesn’t do is to reduce the vast complexity of the travel distribution landscape – either in terms of the number of suppliers to connect to and to work with, or the ability to consistently aggregate, normalize and search, shop and book in a single workflow.”

Thorne touches on an interesting and relevant point, but, as it stands, NDC is going ahead, so no surprise that the GDS companies are finding a way to work within this change and embrace it.

“We have to remember that ultimately, the traveller is at the heart of this change,” says Hedley. “How can we, as an industry, use NDC and the power of technology to deliver better journeys, to create more value for every traveller, to make travel buying more inspiring, more exciting? That’s our challenge, and one that we will only solve by tackling it together.”

Ultimately, though, the GDS companies want to remain relevant and an integral part in the travel ecosystem. They simply have to, if they want their models to be sustainable and remain commercially viable.

“Our ambition is to facilitate the entire travel journey from door-to-door, and in the process, we want to improve the travel experience for hundreds of millions of people every year,” says Hedley. “We do this by connecting key players in the travel industry and we give companies the tools to serve travellers better and manage their own businesses more effectively.”