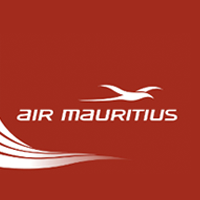 Air Mauritius will launch a direct flight to a fifth destination in China on 12 July. Guangzhou, situated in the Guangdong province, is a business and industrial centre. This new direct flight will benefit passengers from the South-West Indian Ocean region, as well as the South and East African regions to travel to Guangzhou by using Mauritius as a hub. Air Mauritius’ new operations within the Chinese market have played a major role in sustaining Chinese tourist arrivals to Mauritius. Previously, Hong Kong was the only Chinese destination served by the national carrier. As the airline introduced news services to Shanghai, Beijing and Chengdu successively, the number of passengers carried more than doubled between 2011 and 2016. With the launch of Guangzhou and one additional flight to Shanghai, to be introduced in July, Air Mauritius will operate a total of eight weekly flights to China.