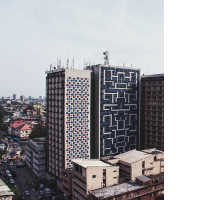 It’s been a challenging few years for Nigeria, but there are positive signs that this African superpower is bouncing back.

Nigeria has been referred to as the ‘Giant of Africa’, but the continent’s colossus has taken some body blows over the past few years.

The export of crude oil accounts for almost all of Nigeria’s foreign exchange revenues, placing it among the world’s top 10 oil exporters. The country also has one of the world’s largest proven reserves of natural gas, along with substantial deposits of iron ore, limestone, lead and zinc, although most solid minerals are largely untapped.

But, it’s the reliance on oil revenues and a failure to effectively diversify the economy that caught Nigeria short four years ago and ultimately led the country into a recession. That coincided with the 2014 Ebola outbreak in West Africa, and whilst Nigeria was not the focal point, global perception remained that the country was unsafe to visit.

No surprise, then, that the Nigerian government was in May this year very quick to announce that it had stepped up efforts at its international airports to combat the spread of Ebola, following the latest outbreak in the DRC.

Ebola aside, the recent spike in oil price will have buoyed the Nigerian government, which has been attempting to get the economy back on track after exiting its first recession in two decades last year.

Nigeria’s economy grew slower than expected (1.9%) in the first quarter of 2018, with an expansion in oil production offset by a sputtering non-oil sector. But that was off the back of growth of 2.1% in the fourth quarter of 2017, and Nigeria’s outlook remains positive as the economy slowly gains momentum.

“The economy seems to be stabilising and there is renewed appetite to invest in Nigeria,” says Kevin Kamau, General Manager of the Radisson Blu Anchorage Hotel, Lagos. “This has been helped by a 7% increase in the price of crude oil, which has positively impacted the economy.”

“Given that the global oil price is now on an upward trajectory, I expect foreign exchange reserves to bolster, and the Naira’s strength against the Dollar to be supported for more time to come,” says Samuel Lindfield, Virgin Atlantic’s Country Manager in Nigeria.

Murtala Muhammed International Airport in Lagos is the main gateway, 22 kilometres north of the city, although the journey to Victoria Island – the main business hub – can take hours, depending on the city’s traffic. If possible, only travel with carry-on luggage, as baggage collection can be less than efficient.

MMIA is exceptionally chaotic in the evenings, with several long- haul flights leaving at the same time, so the recommendation is to arrive a minimum of three, if not four or five hours before your flight, to avoid the longest lines at check-in and immigration. Before bags can be checked in, travellers need to go through a passport check, and all checked baggage is searched.

If possible, it’s highly recommended that you arrange a ‘meet and greet’ facility on arrival, particularly if you’re a first-time traveller to Nigeria.

On departure, there are several lounges that offer ‘fee-per-visit’ – in the region of $50 – and it is well worth taking advantage of them, as there are few general facilities airside. If you’re travelling in first or business class, you will probably receive complimentary lounge access, along with access the fast track queue at check-in and immigration.

British Airways is one of the airlines that has its own dedicated lounge. If you do not qualify for access to an airline lounge, but hold a Priority Pass card, a Diners Club card, or are willing to pay the access charge, you can gain access to the Gabfol and other lounges. Free wi-fi is available in all of these lounges, as well as complimentary snacks and refreshments.

“A lot of work has gone in to improving MMIA in the last few years,” says Kamau.

Lagos has a good supply of international brands – the newest being the Legend Hotel Lagos Airport, Curio Collection by Hilton, which is expected to open in July. The hotel is located adjacent to the private jet terminal and has its own exclusive check- in area and immigration desk for private jet passengers.

The other big player in close proximity to the airport is Radisson Hotels, with the Radisson Blu Hotel, Lagos, Ikeja, after the group took over the management of the property from Marriott in January.

This has given Radisson Hotels a second Lagos property, as the group already operates the Radisson Blu Anchorage Hotel, Lagos VI on Victoria Island. The hotel sits on the banks of the Lagos Lagoon and is close to the corporate headquarters, banking districts and consulates on VI. The property has 170 rooms and suites and its amenities include free high-speed wireless internet, a fitness and wellness centre, and outdoor infinity pool. Food and beverage is covered by the Voyage Restaurant, the Surface Bar & Grill, and the View hotel bar. “Hotels in Ikeja include the Sheraton (very nicely refurbished), the Protea Hotel Select Ikeja, two Ibis hotels, a Best Western, and one of the city’s newest hotels, the L’Eola in Maryland, which is managed by Mantis,” says Trevor Ward, MD of W Hospitality Group.

“Downtown, InterContinental have left their hotel on Victoria Island, but there’s still the old favourite, the Eko Hotel, which has the largest range of restaurants of any hotel in Africa! The Southern Sun has one of the best buffets in Lagos, whilst smaller boutique hotels include the Wheatbaker (Legacy Hotels-managed), The George and the Moorhouse.”

BON Hotels (see sidebar) has taken over management of two Protea Hotels in Lagos – in Ikeja and on Victoria Island. In total, it manages four properties in Lagos, six (three existing and three in its pipeline) in Abuja, two in Owerri, and a single property in each of Ekiti, Ibadan, Kaduna, Kano, Warri and Yola.

Prior to the fairly recent arrival of BON Hotels, the five-star Transcorp Hilton dominated the Abuja hotel scene. The other players are Hawthorn Suites, a fully-serviced extended stay property in the heart of Abuja, the Hotel de Bently, and a Frasers Suites that opened in 2017, offering extended stay accommodation in the form of 126 residences.

If you hold a Visa, MasterCard or Maestro Credit/Debit card, you can withdraw cash in Naira from various ATMs around the country. Visa machines can be found at Standard Chartered Bank. MasterCard/Maestro machines are found in Ecobank and some Zenith Bank branches.

The Nigerian payment method of choice is via MasterCard, Visa or Interswitch. Unfortunately, American Express is still very rarely accepted.

Foreign nationals who are not citizens of the Economic Community of West African States (ECOWAS) need to apply for a visa to enter Nigeria. This can be obtained at Nigerian embassies, high commissions and consulates worldwide. It’s advisable to start the visa application process well in advance.

You must ensure that you are vaccinated against yellow fever before travelling to Nigeria, and you will be asked to show your vaccine certificate at the point of entry. Despite yellow fever vaccination being a visa requirement, visitors may still be denied entry if they cannot present their vaccination certificate on request.

All tap water should be regarded as being potentially contaminated.