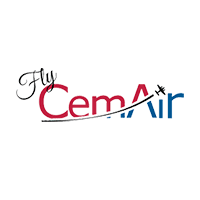 CemAir says it is working hard to return to full capacity within the next two weeks, following the South African Civil Aviation Authority announcing that it had lifted the suspension of the airline’s Aircraft Maintenance Organisation approval.

In addition to this, the SACAA has lifted the grounding of CemAir’s Dash-8 Q400 aircraft, meaning that 11 aircraft now remain grounded.

SACAA says that these planes are yet to be declared as airworthy and released back to service.

CemAir will be operating the aircraft on selected domestic routes.

After the airline successfully completed a five-phase certification process, the AMO suspension was lifted on 24 February.

CemAir has implemented measures to meet their obligations to their customers and has extended its interim flight schedule until 2 March.

The airline has advised its clients to keep an eye on its Facebook page to see when flights will be available.