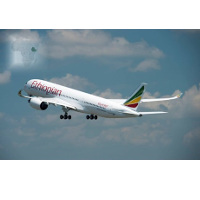 Ethiopian Airlines has finalized preparations to launch flights to Moroni (Comoros) with the latest B737-800 New Generation with Sky Interior, as of 2 November. Moroni is the largest city, the federal capital and seat of the government of the Union of the Comoros, a sovereign archipelago nation in the Indian Ocean. Flight ET0825 will depart Addis Ababa at 09h10 on Mondays, Wednesdays and Saturdays, and arrive in Dar es Salaam for a short stopover at 12h00. The flight leaves at 13h00 for Moroni, landing at 14h20. Returning along the same route, flight ET0824 will take off from Comoros at 15h20, stop over in Tanzania for an hour at 16h40, and touch down in Ethiopia at 02h20.