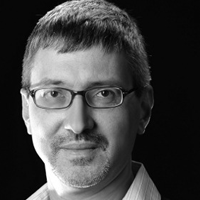 As a long-term expatriate resident in Lagos, prior to which I was a regular visitor from my London base, I’ve experienced Nigeria since about 1990, under the military regimes of Babangida and Abacha, and then elected presidents from Obasanjo to our current head of state, Muhammadu Buhari.

Nigeria is a bit of a one-man band in some respects, with the president’s policies and philosophy having a fundamental impact on the country, and representing the country to the outside world. Each has his legacy, both in what he achieved (or failed to achieve) and his reputation as a person. Any discussion about Nigeria which touches on the economy will almost always touch on the actions of the president.

The hospitality industry in Nigeria is very small in terms of its contribution to the GDP, estimated at less than one percent of the total, and about double that when you add in the travel industry. So we don’t get that much attention from government at any level, except, that is, for soundbites about what a “gold mine” tourism could be. They’re absolutely right, tourism could be a major economic sector, creating much-needed jobs. But when politicians talk about tourism, what they are thinking of is foreigners coming to Nigeria on vacation, not tourism as a whole, which includes both international and domestic travel, and comprises not only vacationers but also, and most importantly for many countries in Africa, business travellers and conference delegates. As the largest economy in Africa, with the largest population, a huge diversity of cultures and landscapes, and a long coastline, Nigeria can excel in all these markets.

So what is the perception of Nigeria’s hospitality business today, and what’s the reality?

Back in early 2014, the first shock to the industry was the Ebola outbreak in West Africa. That wasn’t anything to do with government, and Nigeria actually tackled the crisis very well, and prevented what could have been a disaster of epic proportions. But the outbreak, and the very visible preventative measures that had to be put in place, meant that travellers,both domestic and those from abroad, lost confidence. And the events that have followed, including the delayed elections in early 2015, and the oil price crash, have continued to negatively affect confidence, to the extent that hotels’ room occupancies are at levels not seen since the mid-1990s, a time when Nigeria was shunned by the outside world.

President Buhari took office at the end of May 2015, and since then has pursued a seemingly single agenda, which is to root out corruption. Laudable, indeed, and this is part of the drive to change the perception of Nigeria, from a country which encourages wrongdoing by those in power to one which abhors it and is doing something about it. That will help the hospitality industry, engendering greater confidence.

But at the same time, the economy, reeling from the oil price crash since mid-2014, and the resultant devaluation of the Naira, is hitting that confidence, hard. With such dependence on the oil and gas sector for government and private sector income, the trickle-down effect has become a torrent. Government has no money to spend, contractors don’t get paid, they lay off workers, and the hospitality industry has fewer customers. The shortage of foreign exchange, due to the oil price crash, means that manufacturing cannot import materials to make things, and they lay off workers. Hotels and restaurants cannot import some of the essentials for their operations, and their offer to their customers is reduced. Foreign investors are waiting to see what is going to happen with the exchange rate before taking decisions on new projects – whilst the common consensus is that the Naira is over-valued, the government (read President) has ruled out any devaluation in the short term.

If there were more confidence, international visitors to Nigeria would find hotel prices a real bargain, for the first time in ages. The average price charged in Naira is not much changed in the past two years, but in dollar terms they have almost halved. Likewise in bars and restaurants, where prices have not increased by as much as the Naira has devalued. So the cost of living has gone down – if you have dollars.Nigeria has always been perceived as being an expensive place to visit and in which to live, but for those with foreign currency, that’s no longer the case.

Is now a good time to visit Nigeria? Indeed. Once we know where we are going with the exchange rate, and with government policy generally, the market is still one which holds immense promise. I’m only aware of one airline which has pulled out of the market, citing economic reasons, whilst domestic airlines such as Air Peace and Med-View are expanding their international routes.

There is no doubt in my mind that the economic crisis we are currently going through is a cyclical correction, indeed a wake-up call to those in power that things need to change, drastically and fast. Nigeria will never be an easy place to do business, but that is true for many other countries. There will always be challenges, but if we can get through the current economic crisis, which is partly out of government’s control and partly self-inflicted, a return to growth is almost inevitable. Manufacturers, retailers and the rest see a market of almost 200 million as having enormous possibilities. But we really do need to get that confidence back, one way or another.