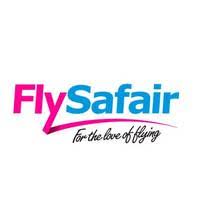 FlySafair’s rights application to operate flights between South Africa and Mauritius has been approved.

While a schedule is not currently available due to the island nation’s travel ban to and from South Africa, the airline will introduce a twice-weekly service as soon as government regulations allow.

While this might be the low-cost carrier’s first foray into international flight services, it’s old hat for its parent company Safair. Over its 50-year history, Safair has operated a number of specialist aviation services including the transport of cargo across Africa and as far as Antarctica. Its commercial experience is not limited to FlySafair and spans some three decades with operating partnerships involving Kulula, AirNamibia, South African Airways and Ryanair.