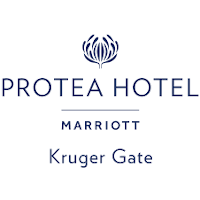 Where Is It? The property borders the Kruger National Park, with parts even overstepping the boundary fence to put guests in the park. It is 100 metres from the Paul Kruger Gate and a 30-minute drive from Skukuza Airport.

Room Facilities: There is a total of 145 rooms including the suites and newly-built rooms. I was lucky enough to snag a new room, which was large and very comfortable. There was a king-sized bed, a smart TV with a DSTV bouquet, work desk with ample plug points, aircon and ceiling fan, a walk-in rain shower and a bath tub. The sitting area, which could be separated from the sleeping area by drawing a curtain, led out to a private patio. The complimentary wi-fi signal was decent and connecting to it wasn’t difficult. My only complaint was with the ‘night light’ that was switched on during turn-down, which I couldn’t figure out how to turn off. After flipping every switch I could find multiple times, I eventually called reception, who sent a maintenance worker to turn the light off. 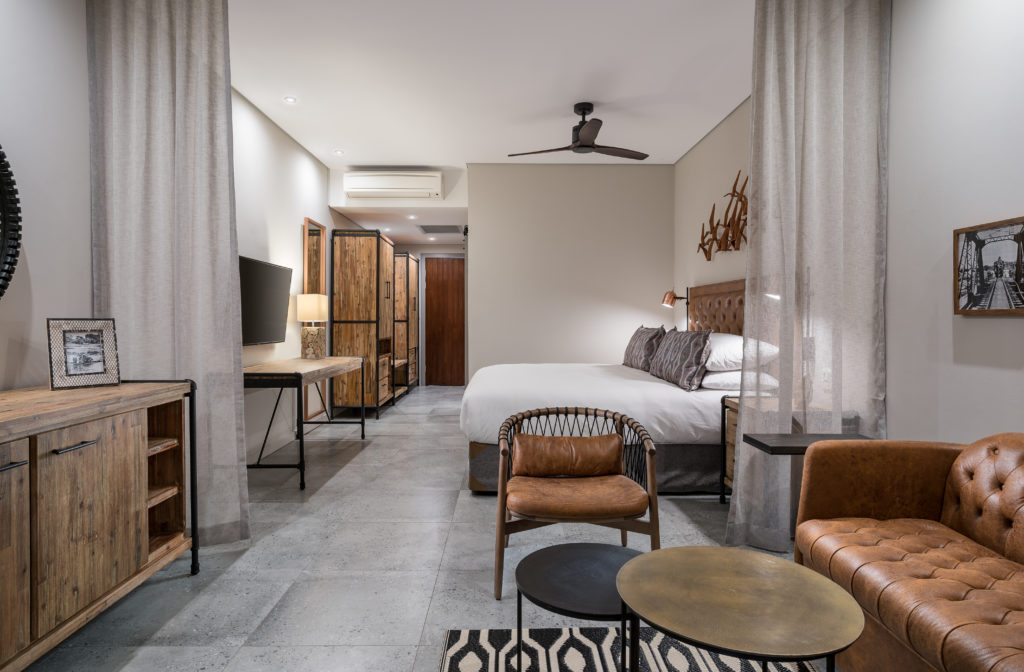 Restaurants & Bars: There is a restaurant, a boma, a coffee shop and two bars. Buffet breakfasts are served at the Kudyela restaurant, where I had a simple meal of fried eggs, bacon and sausage. Dinners are held at the outdoor boma, weather permitting. The dinner buffet is so extensive that it can make filling your plate difficult. There was lamb and beef at the carvery station, oxtail stew, venison wors (sausage), pasta, soup, curry, carrots, green beans, butternut, potatoes and corn on the cob. In the cold room were salads, cold meats and dessert – mini tarts and cakes, fresh fruit, ice cream and toppings, malva pudding – with cheese and crackers to round off the meal. I eventually decided on a few slices of lamb roast with rice, gravy and vegetables and followed that up with a bowl of ice cream and chocolate sauce for dessert. 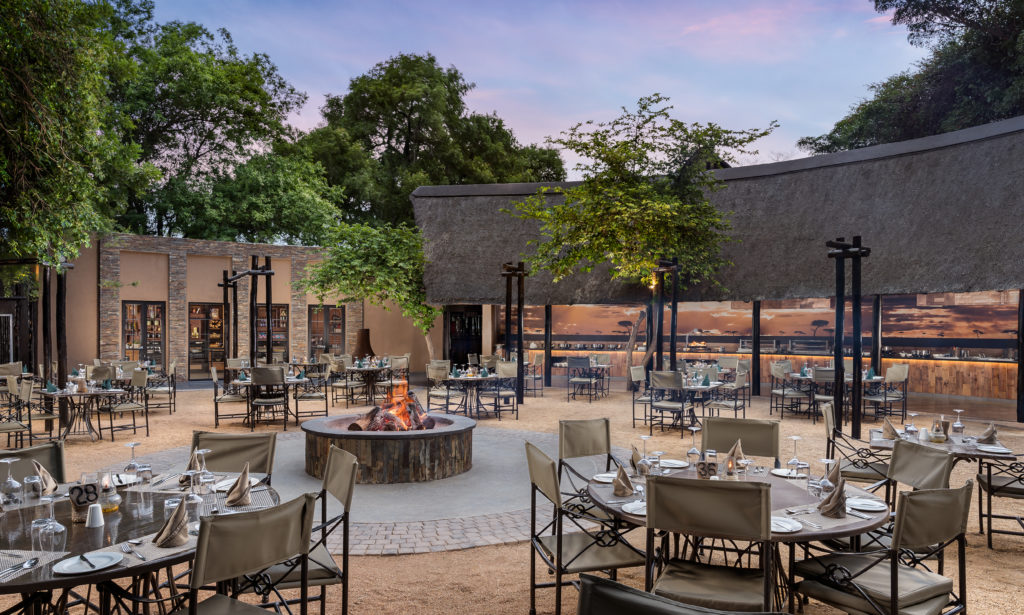 Business & Meeting Facilities: There are four meeting and conference rooms, with the largest able to accommodate 225 delegates in cinema style. These facilities are also receiving an upgrade in 2020. Wi-fi is free for guests and the speed is decent. The Presidential and Executive suites can be blocked off for an executive retreat.

Leisure Facilities: If you tire of the Kruger Park, you can always spend time at the hotel’s swimming pools – a rim-flow pool overlooks the bush while the kid-friendly pool is surrounded by sun loungers. There is also an on-site fitness centre with cardio equipment and weights. The adjacent games room is being renovated, but will soon be open for use by guests. And while the new spa facilities are being built, treatments are still available at various locations around the lodge.

Verdict: A lovely hotel in the bush, with all the modern conveniences you want to make the surrounding wilderness marvellously enjoyable.