Home Archive I’m not a robot 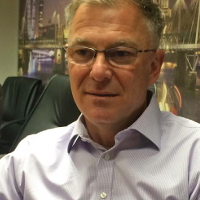 The details – for those in the industry – are well-known, but here’s a quick recap.

American Express Global Business Travel (Amex GBT) acquired the Hogg Robinson Group (HRG) in 2018 and cemented its position as the world’s largest TMC, whilst at the same time causing a major shift in the South African TMC industry.

That’s because in South Africa the HRG relationship sat with Rennies Travel, but Amex GBT already had an existing long-standing partnership with Tourvest, who have been the holders of the local licence of American Express Travel Services for some time.

Something had to give and in early-2019 Rennies decided to part ways with HRG and join BCD Travel, paving the way for the consolidation and strengthening of Tourvest’s relationship with Amex GBT.

A major development in the South African TMC space, with an impact on market share, but probably not the last of the change to the industry, according to Vankeirsbilck.

“We’ve certainly seen a contraction in the market and many companies are applying travel freezes, due to the economic conditions in South Africa, and that has to have an impact,” he says. “I think there will be more consolidation and the global brands are probably more suited and have the ability to ride out these kinds of waves.”

No surprise that technology (duty of care is the other) comes up for discussion when I push Vankeirsbilck on what the most topical issues in his space are, particularly as Tourvest has invested significantly in its Travelit product and Du Preez has made it clear where the company’s priorities lie. Tourvest has also found synergy with Amex GBT, which has also recently been promoting the tech at its disposal, including the likes of products such as online expense and booking tool, KDS Neo.

“Customers are quickly realising that there are better ways of doing things and it’s being driven by the travellers,” says Vankeirsbilck. “The travellers know that there are technology solutions out there that can make their lives easier and their transactions more efficient, and that’s what’s driving the procurement guys to look at technology and how it can improve cost of travel, cost of programme, and how it can make travellers’ lives easier.”

That includes the evolution of Artificial Intelligence and its greater adoption in the travel management industry. Vankeirsbilck concedes that South Africa remains a little behind the more developed markets, but that this technology is developing all the time and will find its way to these shores.

“There’s a lot of work going on behind the scenes to get that learning, that traveller behaviour, and ensure that it becomes part of the booking process,” he says. “You’re going to find that these technology solutions, and particularly the Neo product, have some really exciting functionality that is gained from learning what the traveller does, and his or her behaviour.”

That being said, and despite Tourvest driving a ‘tech first’ agenda, Vankeirsbilck strikes me as a little more cautious when it comes to the categorization of Tourvest as a tech, rather than a travel management company.

“We recognise that we still have to provide travel management services to our customers and that we’re not robots,” he says, to the extent that Tourvest actually has a company slogan that goes something along those lines.

Nicely put, and that’s probably the issue most travel management companies are currently grappling with.