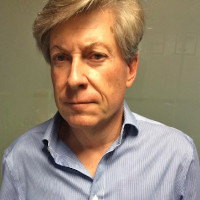 It had to happen, didn’t it?

That’s because Amex GBT had an existing long-standing relationship with another of South Africa’s big players, Tourvest, who have been the holders of the local licence of American Express Travel Services for some time.

Hence, Rennies leaving the HRG stable and joining forces with BCD, who already had a South African partner in Connex Travel, trading as BCD Travel South Africa. Incidentally, both this entity and Rennies Travel are owned by Bidvest, which meant you now had a situation whereby two separate BCD entities were operating under one roof.

You don’t need to be a rocket scientist to see the appeal in pulling the two companies together.

“It’s not about being bigger,” says Cristofoli. “It’s about being more focused and having economies of scale, because we both have expertise in different fields. We’ve always been strong in the global corporate market and Rennies is very strong – and a leader – in the local market. It’s about bringing it all together under a new management team with a different vision and being underpinned by all these products and technology we have to offer.”

The merged agency will operate as Rennies BCD Travel and the new management team will be headed up by CEO Bronwyn Philipps, who previously served as CEO of Rennies Travel. Cristofoli will remain a member of the senior leadership team.

“We’re joining forces in a competitive business travel market that’s growing fast,” adds Adrian Woodward, Vice-President of BCD Travel’s EMEA Global Network. “Our combined depth of experience and partnership will not only give us a stronger position in the African market, but also offer our mutual clients market-relevant solutions and services.”

The two entities are coming together at an interesting time for TMCs. For starters, IATA’s New Distribution Capability (NDC) has forced TMCs to spend significantly on technology – at a time when belts are being tightened – and re-look the way they do business and sell travel to their customers.

“It’s exciting and it makes sense, because it just enriches the experience for both the agent and the customer, but our learnings have certainly been that you want to keep everything in a workflow, because nobody wants to jump around between all the airlines,” says Cristofoli.

However, he does caution that the spend required to keep pace with IATA’s NDC requirements will take a lot of smaller players out of the game.

“Big TMCs adapt a lot easier, because change like this involves a lot of technology, resources and spend, so I do feel somewhat sorry for some of the smaller players who don’t have the resources to make this change,” says Cristofoli. “They may end up being late adopters or not adopters at all.”

The same could probably be said for IATA’s attempt to move South Africa to a Billing and Settlement Plan (BSP) of every two weeks, as opposed to monthly.

“It has huge implications in terms of cash flow and the way you do business,” says Cristofoli. “Most customers pay you 30 days, but now you have to settle every two weeks. The potential is that it could cripple some businesses, particularly the small ones and particularly the ones who have government business, as they have set processes in terms of payment. It’s going to require re-educating customers.”

Cristofoli’s other major concern is the lack of growth in South Africa, which has obvious implications for the country’s corporate travel market.

But that’s out of his hands.

What isn’t, is the impact he can have on the new BCD entity, at a time when TMCs are under more pressure than ever before to show value.

“We all sell the same commodity, but it’s how you deliver it that is the differentiator and that comes down to service, technology and the investment you’ve made in the customer,” says Cristofoli.