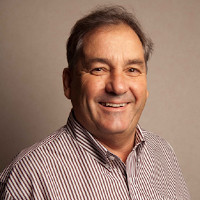 Managing Director for Legacy Hotels & Resorts, Paddy Brearley, has retired after almost 26 years at the company, 18 as its MD.

Over the last quarter century, Paddy has overseen the set-up and overall management of Legacy’s hotels, lodges, resorts and residences across the country and the continent.

Starting with Windhoek Country Club and Casino in 1995, Paddy went on to oversee the opening of The Michelangelo Towers, DAVINCI Hotel and Suites on Nelson Mandela Square and its latest project, South Africa’s tallest building, The Leonardo in Sandton.

Prior to his appointment as Legacy’s Managing Director, Paddy managed Legacy’s Namibian operations for eight years, the Windhoek Country Club and Resort and The Swakopmund Hotel & Entertainment Centre, which went on to win the “Best Hotel in Namibia” accolade within weeks of opening, the first of many accolades for him and the hotel group.

Always wanting to be in hospitality, Paddy completed his diploma in hotel management at the Torquay Hotel School in the United Kingdom, before finding his way to Africa, which remains his home until this day.

Legacy Hotels & Resorts CEO & Chairman, Bart Dorrestein says of Paddy on his retirement, “Over his time with the group, Paddy has left his mark on every part of our operations. His integrity, clear-headedness, empathy and care for all in his care, our staff and guests, and his love of hospitality is something we will all try to emulate.

“We wish him well in his retirement and thank him for being the amazing person he is. His footprints are indelibly left in the sands of our company’s journey. We salute you Paddy!”

As part of the transition Paddy will be remaining on the Board of Legacy Hotels and Resorts.