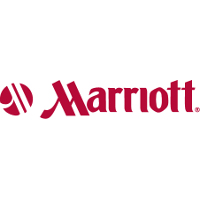 Marriott International has announced a host of new signings at the Africa Hotel Investment Forum in Nairobi, Kenya.

The new signings will consolidate Marriott’s presence in Ghana, Kenya, Morocco and South Africa and mark the company’s entry into Mozambique.

Amongst the new conversion deals, Marriott has signed the Marriott Marrakech Hotel in Morocco.

Protea Hotel by Marriott Accra Kotoka Airport is planned to be a 200-room hotel strategically located in the airport residential area of Accra, offering a restaurant, a lobby bar and lounge, small conference and meeting facilities, an air crew lounge, a gym and a roof-top pool bar and lounge with uninterrupted views of the city.

Protea Hotel by Marriott Nairobi will be located approximately five kilometres from Jomo Kenyatta International Airport on Mombasa Road.
Expected to open in 2021, the 250-room hotel will include a restaurant, a bar, a fitness centre, a pool and 600 square metres of meeting space.

The company also signed Four Points by Sheraton Nampula, Mozambique, which will be its first hotel in the country.

The hotel, expected to open in 2023, is part of a mixed-use development comprised of a shopping centre, apartments, residential homes, a hospital, offices and the hotel.

The 205-room hotel will be a part of a mixed-use development comprised of offices and high-end residential apartments, and boasts dramatic views of the Indian Ocean.

Slated to open in 2023, the hotel is within easy access of major highways and in close proximity to King Shaka International Airport.