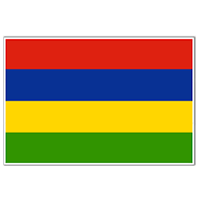 Since independence from the United Kingdom in 1968, Mauritius has quietly gone about the important business of growing its GDP and reducing income inequality. Today, it’s one of the most prosperous economies in Africa, growing steadily at around 5% per year. The government has also taken bold steps – such as export processing zones – to diversify the economy away from the historic mainstay of sugar cane production, and today the island attracts international investment in financial services, textile manufacturing and information technology. Tourism is also a key driver of the local economy.

Port Louis – in the island’s north-west – is the capital city and home to most business headquarters. Commercial activity is focused around the large harbour, where the bulk of Mauritian exports are processed. The Central Plateau town of Curepipe is second in size to Port Louis – with a Carnegie Library and respected educational institutions it’s an important cultural centre. Ebene City, south of Port Louis, is rapidly becoming a hub for information technology industries.

Mauritius enjoys a year-round tropical climate, with temperatures ranging from 18-24°C in winter, and 25-33°C in summer. Expect the Central Plateau to be about 5°C cooler. While trade winds from the south-east take the edge off the humidity, December to April can be extremely muggy. Tropical cyclones rarely hit Mauritius, but the Jan/Feb cyclone season can bring days of heavy rain.

With the exception of west and central Africa, passport holders of most African countries do not require a visa to visit Mauritius. Visit www.gov.mu for a full list of exempted passports, and information on how to apply for a visa if required.

With its position as a growing hub for the information technology industry, Internet access is widespread, fast and affordable. Most hotels will offer (often complimentary) Internet access, but public Internet cafés are easy to find in Port Louis. Across the rest of the island, access is mostly found in tourist resorts. International roaming is widely available, although locally-purchased SIM cards are more cost-effective if you plan to make a lot of calls.

Avoid walking the streets of Port Louis after dark, and be on the lookout for pickpockets near busy market areas. Credit cards and travellers’ cheques are widely accepted at Mauritian hotels, and there is no shortage of ATMs in Port Louis and the major tourist areas.

All international flights land at Sir Seewoosagur Ramgoolam International Airport in the south of the island. Due to the island’s narrow, winding and congested roads, the drive to Port Louis can take up to two hours, and a pre-arranged transfer is your best option. Metered taxis are also available outside the airport, alongside a range of car hire companies. Within Port Louis, the rush hour traffic jams can make walking the fastest option, but taxis are freely available. Few drivers use the meter, so negotiate a fare upfront. Expect to pay 100 rupees ($3.50) for a short ride across town.

There’s no malaria on Mauritius, so unless you’re planning on getting off the beaten track, there’s little worry.