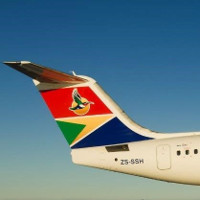 Airlink has outlined plans for additional flights on some of its most popular routes.

During 2017 the airline will increase the frequency of its flights between Nelspruit KMIA and Vilanculos (Mozambique). Currently, Airlink offers flights on Thursdays and Sundays.

On 26 March, additional flight days on Tuesdays and Fridays will be added. On 4 July, it will begin flights on Mondays and Saturdays. And on 7 August, with the addition of a Wednesday flight day, the service will be daily. The flights will depart Nelspruit at 11h45 and arrive in Vilanculos at 12h55.

On 13 April, flights between Johannesburg and Vilanculos will move to a daily service.  The additional flights will operate on Thursdays and Sundays, departing Johannesburg at 11h30 and arriving in Vilanculos at 13h10.

From 6 June, flight frequency between Cape Town and Maun (Botswana) will also be increased to a daily service offering, with additional flights on Tuesdays and Thursdays. Flights will depart Cape Town at 10h35 and arrive in Maun at 13h05.

Airlink will introduce a third daily flight between Cape Town and Windhoek (Namibia) on 6 February.

And finally, on 6 February, Airlink will introduce a new route between Pietermaritzburg and Cape Town, with daily return flights using an Embraer 135, 37-seat regional jet aircraft.