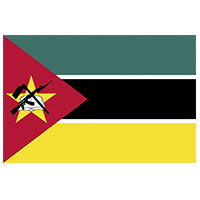 After decades in the economic doldrums, Mozambique’s GDP has been growing at an average of 9%, thanks largely to strong demand for aluminium exports from the Mozal smelter, although volatile commodity prices remain a concern.

Agriculture has long been a mainstay of the economy – cotton, cashew nuts and sugar cane are important sectors – and with political and social stability over the past decade, the tourism industry has boomed.

Maputo is the capital of Mozambique and the key business hub. In the north, Tete is the capital city of the Tete Province mining area, and is a vital link on the major highway from north to south, as well as to Zimbabwe and Malawi. Beira, some 700 kilometres north of Maputo, is home to the country’s second-largest port and has long been a major trade route. Nampula is the country’s third-largest city and the business heart of northern Mozambique, as well as being a major trade and transport hub.

Comair, operator of British Airways in southern Africa, commence scheduled services between Maputo and Johannesburg in May 2013. The flight schedule comprising daily return flights with a double daily service on Tuesdays and Saturdays, is timed to enable ease of connectivity for international travellers transferring through O.R. Tambo International Airport to Maputo.

On the hotel front, Carlson Rezidor added a second Mozambique hotel to its Park Inn by Radisson in Tete, bucking their trend of establishing a first hotel in the capital city of a country before expanding into surrounding areas.

The Radisson Blu Hotel, Maputo has 154 rooms and enjoys a prominent location overlooking the Indian Ocean, as well as being within easy reach of Maputo International Airport and downtown. Guests enjoy a range of amenities and Radisson Blu signature services, such as free high-speed Internet access. The Filini Bar & Restaurant serves Italian cuisine and wines, and has an inviting terrace, whilst there’s also the Oceano Bar, the trendy Palmeira Lounge and the glamorous Pool Bar. In addition, there’s a large outdoor swimming pool and a fitness room. The hotel is also ideal for events ranging from large conferences to board meetings: Facilities include three meeting rooms, a conference room spanning 252m2 that can be divided into three, and a flexible pre-function area of 153m2.

One of Maputo’s already established hotels received some attention in 2013, with South Africa’s Tsogo Sun Hotels spending some money on the popular Southern Sun Maputo, by refurbishing and adding 110 new rooms, as well as conference facilities.

“Mozambique is the newest addition to the CWT network and is a key country for our energy services clients,” said Richard Saunders, Senior Director of CWT Global Partners Network for Europe, Middle East and Africa.

Most international flights arrive at Maputo International Airport, situated three kilometres north-west of central Maputo. Work to build a real estate project including hotels and restaurants next to the airport is due to begin in 2014. Repairs will also be made to the main runway, the airport apron, airport equipment and all illuminated signs at the airport. Taxis to town are plentiful and you can also arrange a hotel transfer.

The Cip Premium Lounge at Maputo Airport is situated airside, opposite gate 1 in the main departure hall, after the security checks and passport control. Its operating hours are 05h00-23h00 daily, although those hours sometimes vary according to the flight schedule. Check-in facilities are available inside the lounge, although at a cost. Children under 12 are not permitted entry. No smoking is allowed in the lounge, but a separate smoking area is available. Lounge facilities include: air-conditioning; disabled access; newspapers/magazines; television; alcohol; flight info monitor; refreshments; fax; phone and Wi-Fi.

“Check-in is seamless and it’s a rather quiet airport, or at least it was when I travelled there,” says Chris Schuitmaker, Manager: Regional Business & Partner Management Africa for HRG Rennies. “There are lots of food stalls and little shops in which to grab a magazine. It’s a small airport, with about a 10-15 minute drive to the city centre.”

Maputo, like any capital, offers good quality accommodation. Located on theMaputo beachfront, the recently refurbished Southern Sun Maputo is a popular haven for business and leisure guests, and is a mere seven kilometres from the airport.

“It’s a very popular hotel in Maputo,” says Schuitmaker. “It also has good security and the service is excellent. The rooms are also comfortable.”

The magnificent 5-star Polana Serena has long been considered one of Africa’s finest hotels, and belongs to the Serena group. It has always lent a touch of class to the Maputo hotel scene, but definitely benefitted from an extensive renovation programme.

A showcase of modern design, the Radisson Blu Hotel, Maputo is obviously the ‘new kid on the block’. It is located near businesses, embassies and consulates. The hotel overlooks the Indian Ocean and places visitors within easy reach of the airport and the city centre.

Lonrho Hotels has a presence in Maputo in the form of the Hotel Cardoso, which has earned itself an excellent reputation, whilst Pestana has the 4-star Pestana Rovuma Hotel & Business Centre in the centre of Maputo, which is popular with business travellers.

ATMs are present throughout the country – Standard, Millennium Bim, BCI, ProCredit and Barclays are the brands travellers are most likely to see. Standard accepts Visa and MasterCard, and Millennium accepts all international cards including Maestro/Cirrus cards, while Barclays does not seem to accept any cards with great regularity. ATMs have transaction limits on withdrawals, which vary with the bank. Millennium Bim limits withdrawals to 3,000Mts ($100), BCI to 5,000 and Standard Bank to 10,000. But travellers can always insert their card again to withdraw more money.

Only five African countries offer visa-free access or visas on arrival to citizens of all African countries, and Mozambique is one of them. All visitors (except citizens of Botswana, Malawi, Mauritius, South Africa, Swaziland, Tanzania, Zambia and Zimbabwe) need a visa, which can be obtained on arrival at Maputo, Vilanculos and Pemba. Visas on entry can be purchased in meticais and US dollars.

Not all borders and airports issue visas, so travellers are advised to check this before departure. Land borders may also charge a stamping fee on entry, which is generally $2, but is often waived if travellers buy their visa at the border. In addition, travellers must use the visa forms provided at the consulate or border, as self-printed versions will not be accepted.

mCel is the state-owned provider, but the service is not entirely reliable, especially outside of Maputo. Movitel has the best network (by far) in the bush, and if travellers are looking to travel off-the-track, then a pre-paid Movitel SIM card will definitely be handy.

Vodacom is generally very good in most areas except northern Mozambique, where it is available in towns only. While it is fine to buy credit from the hundreds of vendors roaming the streets wearing mCel or Vodacom shirts, travellers should never buy SIM cards or starter packs, as in many cases the vendors sell them at hugely inflated prices, and often they will be from one of the many recalled batches that no longer work. Any mobile phone store can sell travellers a working starter pack for around 50Mts.

Internet is widely available in Maputo, with many Internet cafes and all major hotels having Internet access. Service providers mCel, Vodacom and Movitel have introduced Internet to cellphones and USB modems. However, Movitel USB modems are the most widespread, and travellers will find 3G signal in most areas, although frequent disconnection is an issue.

Malaria prophylaxis is essential in all parts of Mozambique. Chloroquine/Paludrine are now as ineffective as in other parts of east Africa, and it’s worth consulting a doctor to get decent protection. If travellers in the country suspect they have malaria, there are clinics in every town that will administer a test for approximately 50Mts.

This year has seen volatility in the Tete mining area, where there have been a number of reported crimes that have drawn increased public attention, including several kidnappings.

South Africa’s High Commissioner to Mozambique said that people traveling to Maputo on business do not have to worry about their safety. Travellers should however be aware of their surroundings in public, avoid carrying unnecessary valuables, and avoid walking alone at night.

Roads throughout the country are generally in poor condition and pose a serious challenge to any driver in a low-clearance vehicle. Note also that north of Vilanculos, service stations are scarce – motorists may go 150 kilometres between service stations, so fill up at every opportunity.

In order to enter Mozambique by car, travellers will need the original registration documents, and if it is not their vehicle, a letter from the owner granting permission to take the vehicle into Mozambique. All foreign vehicles are required to have third party insurance.

Glenn Stutchbury – CEO: Cresta Hospitality
The airport is new, well laid out and works very well, and it’s easy to drop off and collect people. Just a word of warning – be careful ordering milk in your tea in the departures, as the bill goes up by $2 if you order a dash of milk!

I stayed at the Radisson, which has a great location on the beach and the views are spectacular. I was fortunate to get upgraded to a remarkable suite on one of the top floors. It had a lounge, dining room, kitchen, desk with printer and huge bathroom, all overlooking the sea. I couldn’t have been more comfortable.

The restaurant food was very good and I thought the breakfast was excellent – that’s how I grade hotels. The Radisson’s lounge service was slow, but I looked at other hotels and this one was way ahead of the rest.

My recommendation is to get a car and a driver who speaks good English and can take you round Maputo. It will save a huge amount of time, you’ll learn a lot about the city, and you can focus on business instead of determining street names and one-way systems.

My other tip is to change money, as US dollars are not very useful on the ground. Rather have meticais ready.

Also be aware that seatbelts are compulsory for all car passengers. If you’re caught not wearing one, you’ll earn yourself a 500Mts fine!