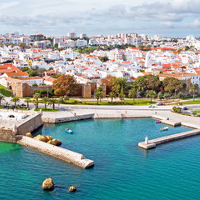 Nigeria has been referred to as the ‘Giant of Africa’, but the continent’s colossus has taken some body blows over the past few years.

The export of crude oil accounts for almost all of Nigeria’s foreign exchange revenues, placing it among the world’s top 10 oil exporters. The country also has one of the world’s largest proven reserves of natural gas, along with substantial deposits of iron ore, limestone, lead and zinc, although most solid minerals are largely untapped.

But, it’s the over-reliance on oil revenues and a failure to effectively diversify the economy that caught Nigeria short five years ago and ultimately led the country into a recession.

The economy has been slow to recover, but there is growth. According to Trading Economics, Nigeria’s gross domestic product grew 2% year-on-year in the first quarter of 2019, easing from a 2.4% expansion in the previous period and below market expectations of 2.1%, mainly due to a steep contraction in the country’s oil sector.

It’s also been an election year for Nigeria, which always places enormous pressure on the economy.

After a short postponement, Nigeria held its sixth democratic elections in February, with President Muhammad Buhari re-elected as leader of the country. There were fears of violence in the run-up to the elections, but these were mostly unfounded. But economic activity was affected. For example, Virgin Atlantic experienced a drop in load factors, which was expected, “but numbers quickly recovered as the election period passed,” says Justin Bell, the airline’s newly-appointed Commercial Manager for Nigeria.

Nigeria is an important and key market for a number of corporates, which ensures business travellers from all over the world continue to fly into the country to harness its potential and buying power.

Operators in Nigeria estimate that 70-80% of visitors are business travellers, “however corporate travellers have been known to turn their work trips into bleisure trips,” says Claud Batohi, Director of American Express Global Business Travel Nigeria. “Operating conditions may differ depending on location, with stable power supply remaining one of the major challenges.”

“Lagos by its very nature is an entrepreneurial city, so we see high numbers of small and medium-sized enterprise business owners flying our daily service from Lagos to London,” says Bell.

In fact, the SME market is important enough to Virgin to warrant its own loyalty programme that recognises and rewards SME fliers with benefits such as free wi-fi and discounts on direct bookings.

“Nigeria is misunderstood by many of the players currently operating,” says Bernard Cassar, Executive Director of BON Hotels West Africa. “Successful hotel operators will be those who, like us, understand the local intricacies and inter-regional benefits and the manner in which branding plays a role in adding value to the actual operations.”

As the country’s first impression to visitors, Nigeria’s airports haven’t always put their best foot forward. Queues are usually long and technology outdated or non-existent. Although, when you consider that Murtala Muhammed International Airport in Lagos was built to handle 200,000 passengers annually, and if you take into account its latest arrivals figures of around eight million visitors a year, you can understand the delays.

The good news is the MMIA is close to opening a new terminal, hopefully by the end of 2019. Services will slowly move over and once the old terminal is empty, it will be demolished to make way for a fresh new facility.

“All airports across Nigeria are undergoing renovations and opening new terminals to deal with the high volume of visitors arriving and departing the country,” says Batohi. “There are a number on ongoing improvement projects by government to improve the overall airport experience.”

It seems that also applies to the road leading to MMIA.

“Sections of the road now complete and work underway with a new energy,” says Trevor Ward, Managing Director at the W Hospitality Group.

MMIA is the main gateway, 22 kilometres north of Lagos, although the journey to Victoria Island – the main business hub – can take hours, depending on the city’s traffic. If possible, only travel with carry-on luggage, as baggage collection can be less than efficient.

MMIA is exceptionally chaotic in the evenings, with several long-haul flights leaving at the same time, so the recommendation is to arrive a minimum of three, if not four or five hours before your flight, to avoid the longest lines at check-in and immigration. Before bags can be checked in, travellers need to go through a passport check, and all checked baggage is searched.

“Nigerian airports are challenging,” says Van Straaten. “Every bag you have is scanned before entering the airport and then checked prior to check-in, which causes delays. Check-in staff are exceptionally busy and immigration is a lengthy process, as forms are needed for arrival and departure. The airport also has limited air-conditioning for such a hot country.”

“The queue to enter the airport at departures seems to have become better since they opened more entrances to allow access,” says Kagiso Dumasi, Commercial Manager – Global Network at BCD Travel. “Congestion at immigration is still daunting, especially around the times that many internationals flight arrive – they all seem to land at about the same time.”

If possible, it’s highly recommended that you arrange a ‘meet and greet’ facility on arrival, particularly if you’re a first-time traveller to Nigeria.

On departure, there are several lounges that offer ‘fee-per-visit’ – in the region of $50 – and it is well worth taking advantage of them, as there are few general facilities airside. If you’re travelling in first or business class, you will probably receive complimentary lounge access, along with access to the fast track queue at check-in and immigration.

If you do not qualify for access to an airline lounge, but hold a Priority Pass card, a Diners Club card, or are willing to pay the access charge, you can gain access to the Gabfol and other lounges. Free wi-fi is available in all of these lounges, as well as complimentary snacks and refreshments.

“Accor led with two hotels with between them 300 rooms, a Pullman and a MGallery, both in Lagos,” said the report.

Both are under construction, due to open in 2020 or 2021. Also expected to open this year are the 79-room The Providence, which will be the third Mantis hotel in Nigeria. There are a couple of Swiss International properties slated to open in Abuja, as well as Continent’s first two hotels in Africa, in Warri and in Abuja, and a Best Western Plus hotel in Enugu.

Wyndham (Ramada), Continent, Swiss International, Radisson and Hilton each signed one deal in the past year, mostly in Lagos and Abuja.

Lagos already has a good supply of international brands – including the new Legend Hotel Lagos Airport, Curio Collection by Hilton. The hotel is located adjacent to the private jet terminal and has its own exclusive check-in area and immigration desk for private jet passengers.

The other big player in close proximity to the airport is Radisson Hotels, with the Radisson Blu Hotel, Lagos, Ikeja, after the group took over the management of the property from Marriott.

This has given Radisson Hotels a fourth Lagos property, as the group already operates the Radisson Blu Anchorage Hotel, Lagos VI on Victoria Island, the Park Inn by Radisson Serviced Apartments – also on VI – and the Radisson Hotel adjacent to the Ikeja property.

The Radisson Blu on VI is the group’s longest-standing and most established presence and sits on the banks of the Lagos Lagoon, in close proximity to the corporate headquarters, banking districts and consulates on VI. The property has 170 rooms and suites and its amenities include free high-speed wireless internet, a fitness and wellness centre, and outdoor infinity pool. Food and beverage is covered by the Voyage Restaurant, the Surface Bar & Grill, and the View hotel bar.

“Nigeria is a key focus market for Radisson Hotel Group and this is evident in our growth over the past two years,” says William McIntyre, Radisson’s Regional Director, Africa. “We currently have three of our five brands present in Nigeria, catering for the upper mid to upper upscale customer segments, with our five hotels in operation in Lagos and Abeokuta. Within the next 18 months we will open Africa’s first Radisson Collection hotel in Nigeria, introducing the fourth brand which offers affordable luxury to the country.”

“Hotels in Ikeja include the Sheraton (very nicely refurbished), the Protea Hotel Select Ikeja, two ibis hotels, a Best Western, and one of the city’s newest hotels, the L’Eola in Maryland, which is managed by Mantis,” says Ward. “Downtown, InterContinental have left their hotel on Victoria Island, but there’s still the old favourite, the Eko Hotel, which has the largest range of restaurants of any hotel in Africa! The Southern Sun has one of the best buffets in Lagos, whilst smaller boutique hotels include the Wheatbaker (Legacy Hotels-managed), The George and the Moorhouse.”

BON Hotels has taken over management of two Protea Hotels in Lagos – in Ikeja and on Victoria Island. In total, it manages four properties in Lagos, six (three existing and three in its pipeline) in Abuja, two in Owerri, and a single property in each of Ekiti, Ibadan, Kaduna, Kano, Warri and Yola.

Prior to the fairly recent arrival of BON Hotels, the five-star Transcorp Hilton dominated the Abuja hotel scene. The other players are Hawthorn Suites, a fully-serviced extended stay property in the heart of Abuja, the Hotel de Bently, and a Frasers Suites that opened in 2017, offering extended stay accommodation in the form of 126 residences.

If you hold a Visa, MasterCard or Maestro Credit/Debit card, you can withdraw cash in Naira from various ATMs around the country. Visa machines can be found at Standard Chartered Bank. MasterCard/Maestro machines are found in Ecobank and some Zenith Bank branches.

The Nigerian payment method of choice is via MasterCard, Visa or Interswitch. Unfortunately, American Express is still very rarely accepted.

Foreign nationals who are not citizens of the Economic Community of West African States (ECOWAS) need to apply for a visa to enter Nigeria. This can be obtained at Nigerian embassies, high commissions and consulates worldwide. It’s advisable to start the visa application process well in advance.

Nigeria has recently introduced a visa on arrival, available to visitors who may not be able to obtain a visa prior to travel, intended mainly for countries that don’t have a Nigerian embassy. According to the Nigeria Immigration Service website, you need to apply for a letter of approval online, which you present, along with your passport, evidence of payment, evidence of accommodation in Nigeria and return ticket, at the Visa On Arrival desk for processing.

“On my last visit, I was pleased to witness the visa on arrival process,” says Dumasi. “Although I had applied for my visa in advance in South Africa, I sat next to a traveller from Mozambique who opted to get his visa on arrival. The only issue he encountered was that the machine being used at the time only accepted Visa cards (no MasterCard or Diners). This caused many delays as travellers had to find other means to pay.”

You must ensure that you are vaccinated against yellow fever before travelling to Nigeria, and you will be asked to show your vaccine certificate at the point of entry. Despite yellow fever vaccination being a visa requirement, visitors may still be denied entry if they cannot present their vaccination certificate on request. C