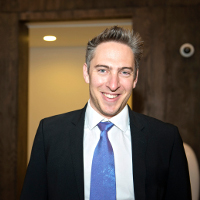 The Capital Hotel Group has already made an impact on the South African hotel industry over the past five years, building a portfolio of apartment hotels in Johannesburg (Sandton and Rosebank), Cape Town and Pretoria. The Pretoria property at Menlyn Maine is their big, new project, and Managing Director Marc Wachsberger was on hand to answer some questions and provide some of the background to the group.

Q: What’s the background to The Capital Hotel Group?
A: We actually stumbled on to apartment hotels by first starting by leasing sectional title apartments and sub-letting them. When the 2010 World Cup came and went, we actually considered closing down our business. There was this over-supply and we had the opportunity to buy these ‘distressed’ properties, like 20 West in Sandton, which was an apartment block converted into a hotel for the World Cup. We tested the concept in Sandton and then expanded into Rosebank, before taking the relatively brave step of going into Cape Town. I say brave, because Cape Town today is pumping, but three years ago it was dead and totally over-supplied. Then, looking now at Pretoria, it’s a focus back on the corporate traveller, with December and January your only quiet months. So, it’s not seasonal.

Q: What else was attractive about the Menlyn Main project?
A: It’s obvious that Menlyn Maine has the potential to be the next Melrose Arch (in Johannesburg), which has proved incredibly successful, offering the ability to live, work and play in the same precinct. So, to have a hotel on top of a shopping centre, the pick of eight restaurants, three supermarkets, entertainment, gym, casino and things like Starbucks opening up, it made it a bit of a no-brainer. On top of that, there was nothing else here, in terms of hotels. That’s what made it a bit of a hard sell to investors, but to me it was a no-brainer.

Q: Where next for The Capital Hotel Group?
A: Well, now you’re sitting with an almost national business. The only thing missing is a presence in Umhlanga, in Durban, and we’re working very hard on securing the right site there. We are either going to pick the best location or we’re not going to do it. We have, though, made progress and there’s no question that you will see a Capital hotel in Umhlanga in the next year or two.

Q: What about the rest of Africa?
A: We want to be there, but we just feel that our competitors have already gone there and left all these gaps in South Africa that we are now filling. We want to learn from them and their mistakes, and only go into the rest of Africa when we’ve ‘done’ South Africa. We want to go into Mozambique and the rest of East Africa, because it’s stable. Then there’s West Africa, but Nigeria is so far away and not great right now. That being said, when the time is not right, that’s the time to go. That’s how we’ve built our business. After the 2010 World Cup, the time wasn’t right to build hotels, and that’s when we built. Things move from over-supply to under-supply in the property cycle.

Q: You claim to now have over 75% of the South African apartment hotel market?
A: People have now spotted the opportunity, but we haven’t really let anyone else in, grabbing every opportunity there was the build an apartment hotel. There are quite a few independents now coming into the market, but they are doing smaller ones, like 40 rooms etc. We have over 75% of the market, but the apartment hotel market represents only 2% of the South African market, whereas over 9% of all hotel rooms worldwide are extended stay hotel rooms.

Q: I believe you have an interesting pricing model?
A: We design our hotels backwards. We ask, ‘what is the corporate traveller prepared to pay?’ So, how much do we need to come in on for a room, in order to make our margin? Also, what does the room look like and what we can we afford? Because we are an owner-operator, both the owner and operator are pulling in the same direction. We aren’t a management company trying to convince an owner that he needs to put in certain fittings etc .

Q: What’s the business traveller of today looking for?
A: Flexibility. If you’ve booked a two-room apartment and one of those rooms is standing empty, we tag on through an inter-leading door system a hotel room. If there are two business colleagues travelling together, you both get your own bedroom with en-suite bathroom and you also have your shared apartment space in which to collaborate, cook etc. We are also in the regular hotel room space, where we compete on a ‘no-frills’ product, stripping out all the things you might normally get in a four or five-star hotel, such as fancy soaps etc. We have it, but for this product we strip it out, pass on the savings to the traveller, and compete very effectively on value. Here we have been successful in the conferencing, short-stay market. It’s a little like the low-cost airline model.