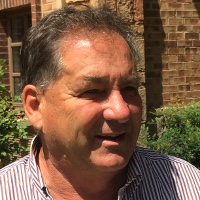 Legacy Hotels & Resorts is in a good space, with a diversified portfolio of hotel and resort properties that ensure the South African-based group can weather any particular market segment storm, and provide it with a platform from which to explore new territories. Managing Director Paddy Brearley hosted editor Dylan Rogers for a coffee in Johannesburg, to update Business Traveller Africa on Legacy’s various properties.

2016 was a good year for Legacy Hotels & Resorts, but before you go assuming that was thanks to its corporate travel-focused properties, think again. Sure, Legacy is arguably more well-known for high-profile corporate hotels such as the Michelangelo in Johannesburg’s Sandton district, but the group’s big 2016 performers were found elsewhere in South Africa.

“We’ve had the best occupancies in history, the last year, in Cape Town and in our lodges,” says Brearley. “Sandton is good, but it’s more corporate market, and that market is suffering, because South African industry is in a little bit of a spin – there’s not enough corporates spending big money and the government is not spending either.”

Legacy may operate properties in Gabon, Ghana, Namibia, Nigeria and Zimbabwe, with a nice spread of corporate and resort offerings, but Brearley remains bullish about the future of South Africa. That being said, he currently sees more opportunity at the top end of the market, thanks to renewed international leisure travel interest.

“We used to call the winter months in Cape Town the ‘green season’, but this past winter we were running at 70, 80% occupancy,” he says. “That’s unheard of and the whole market has changed. The corporate market is maybe not affording four-star, five-star hotels – they are downgrading and the lesser brands are getting their share of that market. We’re top end and the room rates are phenomenal.”

I’m curious, then, as to whether or not Legacy has ever considered developing its own mid-market hotel brand, as the last decade – post-2008 global financial crisis – has seen a lot of corporates reviewing their travel policies and many tightening their belts.

“We looked at it across the rest of Africa, but not so much in South Africa,” says Brearley. “In the rest of Africa we believe there’s a huge need. We had something ready to roll out, but for various reasons we didn’t. Nigeria, for example, is a good three-star market.”

Speaking of Nigeria, Legacy already has a vested interest in the country, through the Wheatbaker, a five-star boutique property located in Ikoyi.

“Nigeria is a bit depressing right now, because of the oil, the dollar and the other difficulties up there,” says Brearley. “Until that changes it’s going to be a tough market and Ghana (where Legacy has the Labadi Beach Hotel – Ed) is the same. It has a new president and he’s looking at cost-cutting and making the country work. The economy needs some stimulation.”

Also struggling is Zimbabwe, where roughly 18 months ago Legacy took a punt on the country by getting into business with African Sun, with an agreement to manage five hotels – the Elephant Hills Resort, the Kingdom at Victoria Falls, the Monomotapa Hotel, Hwange Safari Lodge and the Troutbeck Resort.

“In Zim it’s been a very tough year, for a variety of reasons – the politics, the dollar etc,” says Brearley. “We’ve held bottom lines, but haven’t grown occupancy too much. The Falls is still very popular and we’re waiting for investment from the owners. We still think things will turn in Zim, but the properties need capital and that’s not available at the moment, because there are very few dollars in the country. We’ve got to be patient.”

Patient they may be, but that hasn’t stopped Legacy from looking elsewhere for opportunity. Interestingly, their next opening will see them establish a presence in North Africa in Tunisia. Legacy hopes to open a large corporate property in Tunis in April.

And then there’s Legacy’s ‘900-pound gorilla’ – The Leonardo, a short walk from the Michelangelo. When complete around 2019, it will rise 150 metres above Sandton’s skyline and consist of apartments, suites, penthouses, office space, entertainment areas, gardens, restaurants, a crèche, gym, spa and conference centre.

2016 may have been a good year, but The Leonardo may well prove to be the group’s masterpiece.