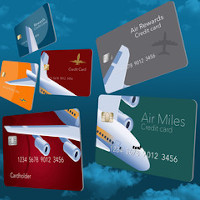 Miles (or points) are a perk of frequent travel and can be redeemed on future flights, upgrades, experiences, merchandise, car hire, accommodation and so on.

But sometimes it’s hard to spend them – air tickets may be restricted by time and destination, for instance. Rather than waste them, here are some schemes that allow miles to be donated to partnered charities.

Flying Blue, Air France and KLM’s frequent flyer programme, has selected 18 charities to which its members may donate miles. Charities include Aviation Sans Frontières, which provides air transport to European hospitals for children with serious illnesses, the French Red Cross and WWF.

The AAdvantage programme focuses on three types of charitable organisations – those that work to support social good, well-being, or heroes. A minimum of 1,000 miles is required, though members with a balance of less than this can donate their entire balance.

Miles & More, the frequent flyer programme for these airlines, has partnered with two aid organisations – Help Alliance, which focuses on promoting nutrition, health and hygiene, and My Climate, which promotes certified climate protection projects. Members can either make a free donation, which is then allocated to the project most in need, or you can choose to support a specific cause.

Flyers who earn Asia Miles when flying with Cathay Pacific or Cathay Dragon can now donate to one of five charities. UNICEF HK, Oxfam Hong Kong and Hong Kong Red Cross are some of the charities that are featured. Asia Miles can also be contributed to FLY greener, a programme that allows you to reduce your carbon footprint.

Through Delta’s Sky Miles, travellers can donate to participating SkyWish charities. You can browse these by region – US, Asia, Latin America & Caribbean and Europe, Middle East & Africa. 26 charities are sponsored (in Europe it is UNICEF, Habitat for Humanity and Make a Wish International), and up to five charities can be processed in one transaction.

You must first log into your Skywards Miles account to access Emirates’ options for donating to charities worldwide. Options include The Emirates Airline Foundation, Sightsavers, Dubai Cares and Care International.

Etihad Airways’ reward programme Etihad Guest sponsors a diverse range of charity organisations including the UN Refugee Agency, the Fred Hollows Foundation, the Choice to Change Foundation, and Climate Care that any number of miles can be donated towards. Since the initiative began in 2007, over 200 million miles have been donated.

Travellers can join Finnair Plus and donate miles to one of the airline’s eight partnered charities, which include UN Women and Cancer Foundation: Pink Ribbon.

This carrier partners with six foundations as part of the My Frontier programme. Miles can be donated to Austin Pets Alive!, which flies volunteers to communities outside Austin to save homeless pets, and Shriners Hospital, which uses the miles to fly patients and their guardian to one of their hospitals for treatment.

The airline partners with charities that promote education – Indonesia Mengajar and #BalasBudiGuru – and the Sedekah Umroh programme which helps underprivileged Indonesian Muslims to perform an Islamic pilgrimage.

Hawaiian Miles allows members to donate miles to non-profit organisations. At the end of the year, the airline promises to match up to a half-million miles to each participating charity. The airline promotes 13 charities which support Hawaiian communities, including Blood Bank of Hawaii, Maui Forest Bird Recovery Project, and Friends of Hokule’a and Hawai’iloa, which helps to maintain canoe building traditions and values.

JAL has a Charity Mile project in which JAL Mileage Bank members can make donations towards a number of campaigns carried out by its charity partners, which currently include disaster relief and environmental conservation.

The airline’s True Blue programme gives members the opportunity to contribute a minimum of 500 points to 18 charities. Organisations include the American Red Cross, Carbonfund.org, and Concern Worldwide.

KrisFlyer, Singapore Airlines’ frequent f lyer programme, has partnered with Make-a-Wish Singapore to grant the wishes of children with life threatening illnesses. A minimum of 1,000 miles is required per donation, and a maximum of 100,000 can be donated per transaction.

The airline’s Rapid Rewards programme allows you to donate miles to its participating programmes, which include All Hands and Hearts, a charity addressing the needs of communities impacted by natural disasters, and Dream Foundation, granting wishes to terminally-ill adults.

Miles earned through the Mileage Plus programme can be donated to charities through the Miles on a Mission programme. United has partnered with 20 charities, and there are a number of active campaigns that you can donate a minimum of 1,000 miles to – if the campaign doesn’t reach its goal within 28 days, these will be returned to you. You can also campaign for your charity to be one of the partners.

Virgin Atlantic’s Flying Club has partnered with one charity, WE (formerly Free The Children). In an effort to empower people in rural international communities to break free from the cycle of poverty, flyers can donate a minimum of 2,000 miles to fly volunteers to help efforts.