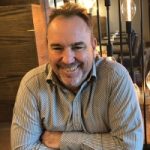 “It’s been a pretty interesting journey,” says Hoppé, which is perhaps a bit of an understatement when it comes to describing Sun International’s multi-million Rand integrated resort development in the Menlyn Maine node, comprising a casino complex, 14 restaurants, a corporate hotel and an entertainment venue that can accommodate 8,500 people.

For now, let’s talk about that hotel, as that is, largely, the business travel focus of the property, sandwiched between the casino complex and the impressive Sun Arena.

Well, for starters, the hotel is not graded, but that’s only because South Africa’s Grading Council doesn’t have the means to grade the property, largely due to the fact that it has a ‘three-tier’ offering, servicing the mid-market and five-star spaces, with something in between.

That’s Foundation (three-star), Median and Zenith, meaning you have a hotel with three different offerings and price points under one roof, but, according to Hoppé, “with five-star services throughout”.

Despite this, hotel occupancy has lagged behind the success of the Sun Arena and the hotel’s conference business, mainly due to South Africa’s sluggish growth and The Maslow Time Square playing catch-up in the corporate contracting cycle. According to Hoppé, current occupancy is around 60%, but he’s confident it will “settle down around 75%-78%”.

“The corporate sector is pretty depressed right now, so that sector has been slower to pull away than we anticipated, but we’ve had an enormously positive response from the groups and events sector,” says Hoppé, who concedes that in hindsight the property could have done with additional conference facilities in the 150-400 delegate space.

Besides that, Hoppé thinks they’ve got things right with the hotel, largely by focusing on the basics of what makes for an enjoyable corporate stay.

“As a business traveller, I want fast wi-fi, a good gym, a valet service for my suit, and a quality sleep,” he says. “It’s these types of things that one needs to look at and identify your customer, first and foremost, and then supply a value proposition.”

Throw in good service and, according to Hoppé, you have the full package – this is an issue he’s passionate about, suggesting that regardless of the lightning-quick technological advancement taking place across the travel industry and whatever the future might hold for the hotel space, the need for quality service – and a decent food and beverage offering – will always remain.

And he thinks it’s easy to get it right.

“Customer service is not rocket science,” says Hoppé. “Put yourselves in the customer’s shoes, just look at their needs and desires, and you’ll understand it.”

The other two issues Hoppé is passionate about are transformation and sustainability.

Whilst the latter sees Time Square looking all the way down the supply chain, including at their suppliers in the food and beverage space, and the methods they are using, it’s the former that Hoppé is most proud about, in terms of what Sun International and the property itself have put in place.

“We have created an environment that allows for smaller members to enter the marketplace, from a supplier point of view, and skills transfer is very important,” says Hoppé.

To the extent that The Maslow Time Square’s entire housekeeping department is an enterprise development initiative outsourced to a black woman-owned entity that delivers all in-room cleaning. This business, traditionally, would have gone to one of the industry’s big players, but according to Hoppé, that’s just the first step.

“It requires a lot of input and effort, but that’s the commitment to transformation,” he says. “If we’re going to truly drive transformation in this country, it’s not going to happen organically by itself. You need to take on the role and management need to buy in.”

Besides the Time Square property itself, Hoppé has high hopes for Menlyn Maine as an emerging ‘node’, with corporates such as King Price Insurance, Nedbank and Sage all already with a presence in the area, and with two more office blocks and a residential development in the works, along with a hospital being built.

“As this node settles down, we believe this will become the Sandton of Tshwane”, he says.