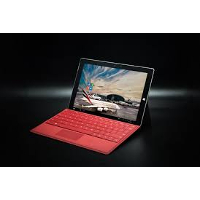 The U.S. government has lifted the controversial laptop ban for flights to the U.S. for three major airlines.

Etihad Airways, Emirates Airline and Turkish Airlines have all been cleared to allow customers to bring electronic devices, including laptops, tablets and e-readers, on flights from the Middle East into the U.S.

The Department of Homeland Security initiated the ban in March.

It came into effect covering all flights to U.S. destinations from 10 airports in the Middle East, including major travel hubs like Dubai, Abu Dhabi and Doha.