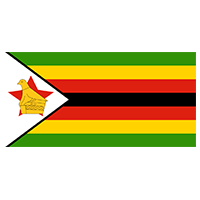 Zimbabwe may be showing signs of improvement and stability, but they aren’t out of the woods just yet. The coalition between the opposition MDC and Mugabe’s Zanu PF is flimsy at best, and elections in 2013 may strain the relationship further, as well as plunge the country once again into conflict. However, most services are back to a semblance of normalcy with fuel, food and goods readily available. Power and water remain sporadic, and since the dollarisation of the economy, it has become expensive.

Fairly quiet on this front, although September saw one of the world’s big airline groups show faith in the future of Zimbabwe, with the announcement that KLM was to begin flying to Harare in October. Further to that, September also saw Zimbabwe receive what appeared to be a shot in the arm, when South African low-cost carrier, 1time announced that it had concluded a joint venture agreement with Nu-Aero Ltd, trading as Fresh Air, a registered Zimbabwean company.

The partnership resulted in the launch of Zimbabwe’s first low-cost air services provider, with flights initially being offered to Victoria Falls. But, just two months later, 1time was applying for liquidation, shocking Fresh Air executives. The airline’s beleaguered financial position threw Fresh Air into disarray, because Nu Aero is stranded until it can secure aircraft for the flights. Fresh Air had traffic rights for three weekly flights between O.R. Tambo International and Victoria Falls Airport in Zimbabwe, using 1time aircraft.

Harare is the capital city and far away the most important centre, with Borrowdale its trendiest area. Bulawayo in the south is the second city, but Mutare in the Eastern Highlands and Victoria Falls in the west are also economic hubs. Harare’s airport, 10 kilometres from the centre of town, is modern and spacious. Taxis and transfers abound, but most visitors are met by their accommodation transport.

“It’s a laid back airport, which belies the reality that awaits passengers when they go through the formalities,” says Aaron Munetsi, SAA Regional General Manager: Africa & Middle East – Global Sales. “Airline officials are efficient in their quest for the quickest turnaround times. Every detail is carefully noted and the officials make sure that queues and formalities are as hassle-free as possible. Have all your documents in place and you will not have any challenges.”

“Harare International Airport is usually quite busy, and if you are not in the front of the queue at passport control, you will wait quite a while,” says Marc de Jager, Global Alliance Manager for Travel With Flair. There is no bus or rail service worth mentioning, and most travelling is done by private car. Car hire is expensive, but available, and taxis are the chosen form of transport in the cities.

Travellers from the following African countries can obtain visas at entry point, for no charge – Botswana, DRC, Ghana, Kenya, Lesotho, Malawi, Mauritius, Mozambique, Namibia, South Africa, Swaziland, Tanzania, Uganda, Zambia. For Egypt and Seychelles, $30 to be paid at entry point. All others need to apply in advance.

Internet is available, with various operators competing. Cell phone use is widespread, as the landline infrastructure is in need of upgrading. Roaming agreements exist with Econet, NetOne and Telecel, and the choice is manual from your phone. Ask a local which has better reception for a particular area.

Not much in the way of international brands with a presence in Harare. But, there is a Crowne Plaza and Holiday Inn, whilst Cresta Hotels has three properties – Cresta Jameson, Cresta Lodge – Harare and Cresta Oasis. With regards independent hotels, the Bronte Hotel – also known as the Garden Hotel – and Meikles appear to be popular with business travellers.

“I prefer staying at the Meikles hotel as it is in the city centre and I can have all my meetings at the hotel,” says De Jager. “They have fair conference facilities and meeting rooms. The rooms are fairly average, but above standard in relation to other hotels in the city. There are also some great guest houses as well.” “I stayed at the Meikles Hotel and found it to be safe and clean, although rather over-priced,” says Abdul Aziz Mangera, Business Development Manager: Southern Africa for Lufthansa.

Toll roads and roadblocks Contrary to popular belief, Zimbabwe’s traffic police are generally law-abiding and fair. Roadblocks are frequent, mostly checking licenses and roadworthiness. Be friendly and open, do not bribe, and it will be reciprocated.

Health Zimbabwe has excellent private hospitals, but insurance is crucial. Malaria is a serious problem in the south-east Lowveld and the west around Lake Kariba. Bottled water is recommended.

The Experience “It is important to note that you are not allowed to take photos of any government buildings, or political party buildings,” says De Jager. “You could be arrested and it would not be a pleasant experience. Traffic is always an issue in Harare due to the interrupted electricity supply, and it’s busiest at the peak times, so try and plan to move around outside of these times. Electricity supply is a big issue in Harare, so be aware of it beforehand and have back-up juice packs for your phone if necessary. Internet connectivity is also hampered by the electricity supply, so if you need to do a presentation, always make sure that you don’t have to do a live demo.”