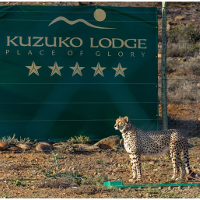 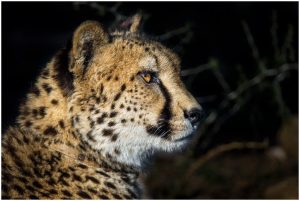 Jasmin is part of a captive breeding programme run by Ashia Cheetah Conservation, a registered non-profit company, which is trying to restore cheetah numbers in the wild.

“The cheetah has become Africa’s most endangered big cat. From a count of 100 000 in 1900, the numbers have dropped to under 7 000 today. Ethical breeding in captivity has become essential to ensure the long-term survival and viable genetic diversity of the species,” says Chantal Rischard, co-founder at Ashia.

On 29 August, Jasmin was released into the protected wild at Kuzuko Lodge, a private game reserve in the greater Addo area managed by Legacy.

After initial visits to Kuzuko Lodge and discussions with its Reserve General Manager, Gerhard de Lange, it was found that this private game reserve in the Eastern Cape would be the ideal location for the first release of an Ashia cheetah into a protected wild area.

Jasmin’s integration into the wild starts with boma living. Once she is settled in the boma, she will be moved to a 300 hectare enclosure before her eventual release into the expanse of the 15,000 hectare reserve.

Feisty and independent, Jasmin has settled in well so far and will soon be introduced to the other two resident male cheetahs on the reserve. 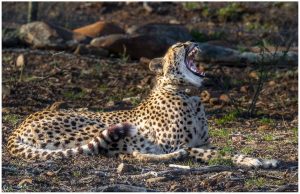 “There are a number of factors to consider when ‘wilding’ a cheetah born in captivity. Firstly, they need to have the right fight and flight responses, which can be evidenced in the way they feed and how they engage with people. Jasmin ticked all the boxes and in her short time in the boma, she is already exhibiting numerous traits that we believe will assist her smooth transition into the greater Kuzuko,” says De Lange.