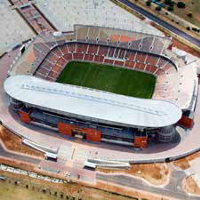 Previously called Pietersburg, the town officially became a city in 1992 and in February 2005 the South African government declared the official name of the city as Polokwane, a name that was generally in use by the speakers of Northern Sotho. The city was the site of the now-infamous ANC national conference in 2007 which saw Jacob Zuma take over as head of the party. Strategically situated at the northern tip of South Africa, Limpopo, with Polokwane as its business capital, has easy access to African markets and borders Zimbabwe, Mozambique and Botswana. Agriculture, mining and tourism are the province’s main industries, with Polokwane obviously central to the distribution of these materials and products. The closest entry point to the famous Kruger National Park from Polokwane is about 200 kilometres away.

The Rezidor Hotel Group opened a Park Inn by Radisson – the group’s mid-market brand – in Polokwane in 2017, handing the city its first international hotel brand (if you exclude Marriott’s Protea brand). The hotel is nine kilometres from Polokwane International Airport and three kilometres from the city centre. Another – albeit local – group flexing its muscles in Polokwane in 2017 was Sun International, which opened a new hotel at the Sun Meropa complex. The group invested R76-million ($5.5 million) in the project and the new hotel flows seamlessly into the casino complex, with a Moroccan theme to it, reflected in the architecture and aesthetics.

Polokwane lies roughly halfway between Gauteng (300km) and the Zimbabwean border (200km) on the N1 highway, which connects Zimbabwe with the major cities of South Africa, such as Pretoria, Johannesburg, Bloemfontein and Cape Town. Running east, the R71 connects the city with Tzaneen, Phalaborwa and the Kruger National Park. There are a number of private bus services running in the city and also services connecting Polokwane to other major centres in the country. Polokwane is also connected to Johannesburg and other major centres via rail. Agricultural produce in the area, including tomatoes, citrus fruit, bananas and avocados, is also transported via freight rail.

Polokwane International Airport is located just north of the city. The small airport boasts a modern terminal building in excess of 4,000 square metres, with plenty of retail and commercial space. It also has four aprons with a parking capacity of 74,800m2, modern air traffic control, and two serviced runways. There’s also a good selection of car rental options, with all the major local brands represented. Airlink offers three flights a day between Johannesburg and Polokwane on weekdays and two on weekends. The flight duration is approximately an hour.

From an international brand point of view, Rezidor dominates in the city with its new Park Inn by Radisson Polokwane, which has 160 rooms with full-length windows to let in plenty of natural light and views onto the hotel gardens. Other facilities include a bespoke Smart Meetings & Events concept in three event rooms that can seat up to 100 delegates and free high-speed wi-fi access throughout the hotel. The hotel’s all-day dining Live-Inn Room Restaurant serves multicultural cuisine, incorporating the brand’s international flavours with an African twist. In addition, the hotel also features an open-plan bar that leads to the terrace and outdoor pool. Sun Meropa has 60 rooms – including four suites and two luxury suites – and caters to both the business and leisure travel markets. The broader Sun Meropa complex is a vibrant entertainment hub at the heart of Polokwane and features the upmarket Harvest Grill & Wine restaurant, the contemporary Jembe Tavern – which hosts regular live entertainment – and a well-equipped and versatile conference centre. The casino itself boasts 417 slot machines and 17 tables, including classics like Roulette, Blackjack and Poker. City Lodge, Marriott and Tsogo Sun also have a presence in Polokwane. City Lodge has a Town Lodge, its twostar brand, whilst Marriott actually has two properties just outside Polokwane, in the form of the Protea Hotel Polokwane Landmark and the Protea Hotel Polokwane Ranch Resort, which is 25 kilometres south of the city and has a host of amenities, including a recommended ‘walk with the lions’! Tsogo Sun’s sole property in Polokwane is a Garden Court in the heart of the city, offering 180 rooms and complimentary wi-fi. From an independent property point of view, there’s the Fusion Boutique Hotel and some comfortable lodge properties.