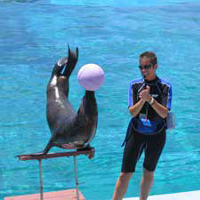 Port Elizabeth was founded as a town in 1820 to house British settlers and as a way of strengthening the border region between the Cape Colony and the Xhosa. It now forms part of the Nelson Mandela Bay Metropolitan Municipality, which has a population of over 1.3 million. Spend any time in PE and you’ll know why it’s called the “Windy City”. Beyond the weather, Port Elizabeth is commercially well known for its automotive industry and related entities, and for its role as one of South Africa’s main ports. Until early-2017, two of the bigger automotive names with a presence in PE were Volkswagen and General Motors, and whilst VW remains, GM announced that it would be exiting South Africa by the end of the year. That was followed by the announcement that Isuzu Motors would take over General Motors South Africa in Port Elizabeth.

Many other industries in Port Elizabeth are geared towards the motor vehicle industry, providing parts such as wiring harnesses, catalytic converters, batteries and tyres to the vehicle manufacturers. The port of Port Elizabeth is a geographically well-positioned, multicargo port with direct transport links to the heart of the African continent. The port has a container terminal – one of only five in South Africa. Politically, the city has seen its fair share of turmoil recently, with the ruling ANC party losing control of the Nelson Mandela Bay Metropolitan Municipality in the 2016 municipal elections. The ANC was forced to cede power to the Democratic Alliance-led coalition with the ACDP, COPE and UDM.

Port Elizabeth lies on the N2 highway, which connects the city with South Africa’s Garden Route and ultimately Cape Town, via a drive of around 10 hours. To the east, the road runs through the so-called Border Country through Grahamstown, to East London and eventually on to Durban. Within the city, Port Elizabeth’s main bus station is in Market Square. Further to that, and according to the locals, Port Elizabeth is a “15-minute city”, meaning they believe it takes a maximum of 15 minutes to get anywhere in the city.

Port Elizabeth has a small but functional airport, located just 10 minutes’ drive from the beachfront. Taxies are available at Port Elizabeth International, as are a host of car rental companies, with al l the major brands represented. The same could be said for South Africa’s main airlines, with all of the big players flying into and out of PE. That includes SAA, Airlink, CemAir, Kulula, Mango, and FlySafair, with the last three providing the low-cost options for the budget-conscious business traveller. In terms of lounges, there are just two in domestic departures, offered by SAA and Bidvest. The latter is open to any passenger, no matter the airline or ticket class, but payment is required. Pre-booking can be done at www.bidvestlounge.co.za.

There are two international hotel groups with a presence in Port Elizabeth, in the form of Carlson Rezidor and Marriott. Rezidor runs the Radisson Blu Hotel on the beachfront, whilst Marriot has the Protea Hotel Port Elizabeth Marine. Also standing out on the beachfront is Sun International’s Boardwalk Hotel, offering five-star accommodation just a few minutes from Hobie Beach. The property is also a popular entertainment, dining and conference venue, along with being the only licensed casino in Port Elizabeth. The South African group with a significant presence is City Lodge. The group has a Courtyard (four-star), a City Lodge (three-star), a Town Lodge (twostar), and two Road Lodges (one-star), with one of them at the airport. Also in the ‘cost-effective’ space are Tsogo Sun’s two PE properties – a Garden Court and a SUN1. Like City Lodge, another group with four properties in PE is Mantis Collection – The Windemere, Villa Tuscana by Mantis, Hopewell Conservation Estate (just outside PE), and No5 Boutique Hotel. Legacy Hotels & Resorts also has a presence in the city, in the form of the Brookes Hill Suites, which offers the business traveller something different – 100 self-catering rooms with great views of the ocean.