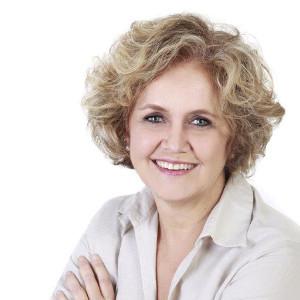 According to Juniper Research, it is expected that more than 500 million air tickets will be purchased on mobile devices by 2018 (up from approximately 200m in 2014), with the corresponding transaction value expected to grow from $52 billion in 2014 to $ 45 billion in 2018, making mobile technology the fast-growing segment of the travel industry.

Robyn Christie, Travelport’s spokesperson, elaborates on this and other developments in the industry.

Q: What is currently the biggest talking point in the GDS space?

A: Given mobile technology’s rapid progress we should see growth in new, comprehensive mobile travel products that enables airlines and travel companies to deliver sophisticated mobile services to their increasingly mobile-centric customers.Travelport is at the forefront in driving this projected growth through Mobile Travel Technologies, a Travelport company. This investment is a natural extension of Travelport’s strategy to redefine travel commerce and to lead in the mobile technology space. There has also been an explosive growth of virtual payments. Traditionally, when consumers buy travel from a travel agency, the travel agent is the merchant of record, but many in the travel industry are converting to Virtual Account Numbers as an alternative to the older, outmoded forms of payment.

Q: It’s nearly a year since Lufthansa announced their decision to implement a GDS surcharge. How have you seen the market react?

A: Lufthansa’s move is not in the interests of either the end-traveller or the airline group. Initial early data is indicating some drop off in Lufthansa Group bookings; at the same time, we’re also seeing a volume shift towards other airlines and Lufthansa codeshare partners. Lufthansa’s airlines are beginning to lose bookings in the third party channel and we do not believe they will be making up for these lower volumes in their direct agency portal.

Q: Are you concerned that other airlines will follow Lufthansa’s lead?

A: We haven’t seen any other airline follow suit. Travelport represents a highly cost efficient distribution channel through which airlines only pay a small distribution fee, of around two percent.  Bookings made through the agency GDS channel provide a much higher average value per ticket to the airline than those generated through its own website and direct channels.

Q: GDS companies sit on heaps of data. What is Travelport doing to make full use of the data it captures?

A: In addition to hospitality, payment and mobile solutions, we utilise the broad connections and extensive data managed by our travel commerce platform to provide advertising solutions to over 3,500 advertisers that allow our travel providers to easily and cost-effectively promote upgrades, ancillary products or services, package deals and other offers.

Q: Is Travelport launching any new products in the short-term?

A: We have invested heavily to deliver the systems and technologies needed for travel agencies to attract and service higher-yield customers. Our investments in the mobile space is a key element of digital travel commerce. Recently we announced that MTThas partnered with Etihad to launchits innovative mobile app for the iPhone that enables guests to organise and manage their journey with even greater ease as Etihad continues to adopt innovative technology to reimagine the flying experience.

Q: Do the GDS companies have a role to play in exploring how to tap into social media or instant messaging services such as WhatsApp?

A: We have seen selected regions and operations using social media to communicate with Travelport’s customers and these channels certainly play an important role in our communication mix. Most recently we have been broadcasting key messages to users in Africa using mobile technology – and as time goes on, we can only see this medium growing as we concentrate our efforts on delivering the right messages at the right time using the right medium for our customers. Our customers respond well to Travelport using social media, and we have seen an uptick in followers and subscribers on our social handles. Feedback from agents is positive and there is a high level of interaction.

Q: Travelport fairly recently launched a call centre in Kenya. Why the focus on this part of Africa?

A: Kenya is an important and dynamic region with a burgeoning middle class which, despite setbacks such as the Ebola crisis, continues to show encouraging growth.

A: The travel industry has experienced transformational changes in the last 10 years, driven by breakthroughs in mobile technology and large-scale data and content management, as well as macroeconomic and financial pressures. This has reset the expectations of travel buyers and travel providers as well as those of travellers themselves, who are increasingly seeking to book all aspects of a travel experience in one place and at one time.