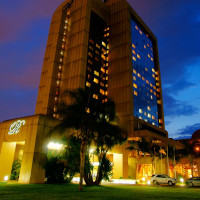 Zimbabwean President Emmerson Mnangagwa, who replaced long-time leader Robert Mugabe after an army coup in November 2017, is trying to repair an economy ruined by hyperinflation and a long succession of failed economic interventions.

Zimbabwe’s inflation, the second highest in the world after Venezuela, almost doubled in June to around 175%, courtesy of high fuel and power prices.

Also in June, Zimbabwe made its interim currency the country’s sole legal tender, ending a decade of ‘dollarisation’ and the multi-currency system, and taking another step towards relaunching the Zimbabwean dollar. The central bank also hiked its overnight lending rate to 50% from 15% as a part of a set of measures to protect the Real Time Gross Transfer (RTGS) dollar introduced in February. RTGS Dollars is money made up of bond notes, bond coins and RTGS balances (electronic money). The initial exchange rate when it launched in February was around 3-4 RTGS dollars/US dollar, but it has since slipped to around 11.25/1.

The economy of Zimbabwe is largely dependent on agriculture and mineral resources, with the mining industry the largest driver, accounting for almost half of the country’s exports. Manufacturing was once a key sector of the economy and the basic manufacturing infrastructure still exists in many cases. However, it needs investment, modernisation and reliable power to get up and running again. Tourism has been long identified as one of the areas of opportunity for Zimbabwe.

Tourism is a foreign currency earner which currently contributes approximately 10% to the GDP. Zimbabwe has a long road ahead to full recovery, but many are optimistic, although the country needs to get a few key issues right.

The capital city Harare is the most populated city in Zimbabwe and the country’s primary business travel destination. Set in the natural garden of the Zimbabwe Highveld, 1,500 metres above sea level, Harare is a friendly city of flowering trees and gardens and a temperate climate. Don’t miss the Harare gardens, Mbare market and museum on your visit.

Bulawayo is the second largest city located south-west of Harare. The Zimbabwe International Trade Fair is located here and is the largest intra-regional trade fair south of the Sahara, providing the largest, most convenient trade hub in the region.

Zimbabwe’s most popular tourist and MICE destination is Victoria Falls, home to the greatest curtain of falling water in the world.

Harare’s airport is the largest in the country, situated 10 kilometres from the centre of town. There are shops and small restaurants in the airport. Most of the airlines, including Emirates, SAA, BA (operated by Comair), Kenya Airways, Air Zimbabwe and Ethiopian Airlines do offer airside lounge facilities to their first and business class passengers. The airport security and customs x-ray systems are extremely thorough, though, so remove your belt, shoes, watch and everything from your pockets. Taxis, airport shuttles and transfers by car are the most popular forms of transport to and from the city.

The check-in experience can be long, especially in economy, but immigration tends to be fast. The arrivals hall appears disorganised, but it flows. Having your forms completed, knowing your visa requirements, and having exact change for your visa will expedite the process.

Fastjet began operations into Zimbabwe in 2014 from Dar es Salaam. The airline set up a Zimbabwean arm in 2015 and currently flies internally between Harare and Vic Falls and Harare and Bulawayo, as well as the Harare-Johannesburg route.

African Sun is one of the big hotel players in Zimbabwe, operating 11 properties across the country. The group has three divisions, comprising ‘City and Country Hotels’, ‘Resort Hotels’ and ‘The Victoria Falls Hotel Partnership’. Five hotels fall under the City and Country Hotels division, with three of them under franchise from the InterContinental Hotels Group – the Holiday Inn-branded hotels in Harare, Bulawayo and Mutare. The other two properties in this division are the Monomotapa Harare, with its iconic structure overlooking the lush Harare Gardens, and the Troutbeck Resort in the Eastern Highlands mountains of Nyanga.

African Sun’s Resort Hotels are located in all the country’s major tourist destinations, such as the Elephant Hills Resort and The Kingdom at Victoria Falls. Hwange Safari Lodge is situated in the Hwange National Park where over 100 species of mammals and nearly 400 bird species have been recorded, whilst the Great Zimbabwe Hotel in Masvingo is located within walking distance of the Great Zimbabwe National Monument, a UNESCO World Heritage Site and the largest ancient structure south of the Sahara. The Caribbea Bay Resort is in Kariba, which is among the four largest man-made lakes in the world.

Cresta Hotels has three establishments in Harare, in the form of the centrally-located Cresta Jameson, Cresta Lodge Harare on the outskirts of the city centre, and Cresta Oasis, which is a hotel that also offers serviced apartments for long-term stays. Cresta also has the Cresta Churchill in Bulawayo and Cresta Sprayview in Vic Falls.

Rainbow Tourism Group operates six properties across Zimbabwe, with two in Harare – the Rainbow Towers Hotel and the New Ambassador Hotel, which is located in the CBD. RTG also has the Bulawayo Rainbow Hotel – its only property in that city – and two hotels in Vic Falls, in the form of the A’Zambezi River Lodge and the Victoria Falls Rainbow Hotel. RTG’s sixth property is the Kadoma Rainbow Hotel, about 140 kilometres from Harare.

Looking at the other main hotels in Harare, the Meikles Hotel is a five-star property set in a prime location in the centre of the city. Local tourist attractions such as Eastgate Centre, African Unity Square and the National Art Gallery are not far from the hotel. Also nearby are the Harare Gardens, Queen Victoria Museum and National Museum. Dining facilities at Meikles include La Fontaine, a good restaurant worth trying. The hotel also offers transportation to/from the airport for an additional fee.

The Bronte Hotel is renowned for its beautiful gardens and collection of Shona sculptures. Centrally located in the Avenues, within walking distance of downtown Harare, the Bronte offers well-appointed rooms and executive suites in a garden setting. Suited to both the business and leisure traveller, the amenities include complimentary wi-fi, two swimming pools, a fitness centre, complimentary breakfast buffet, secure onsite parking and fine dining at Emmanuel’s Restaurant.

Radisson Blu entered Zimbabwe when it began construction of the Radisson Blu Hotel Harare in 2018, with doors expected to open sometime this year, if everything goes according to plan.

Major international credit cards (Visa and MasterCard) are now accepted in most of the larger hotels, restaurants and shops, but many smaller establishments still do not have credit card facilities. Diners Club and American Express are often not accepted.

Travellers from the following African countries do not require visas to enter Zimbabwe:

All other African passport holders need to apply in advance.

Malaria is prevalent in large parts of the country, so do take the necessary precautions.

There are also a number of emergency clinics offering good healthcare after hours, if you prefer avoiding a hospital.

Drinking tap water is not advisable, although Victoria Falls does have its own water purification plant.