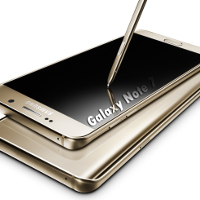 Several airlines have instigated a ban against the use of Samsung Galaxy Note 7 smartphones, after a battery fault in the device caused dozens of phones to explode in the US. Cathay Pacific and its sister carrier Dragonair have issued a travel notice “strongly advising passengers that [the Samsung Galaxy Note 7] should be powered off and not connected to any power source while onboard. Additionally, these devices must be kept out of checked baggage.” The Hong Kong-based carriers’ decision follows similar announcements from airlines around the region. Australia’s Qantas Airways, Jetstar Airways and Virgin Australia began imposing bans against the use of the Samsung Note 7 onboard their flights last Thursday. Similarly, Singapore Airlines issued a statement stating that “the powering up and charging of Samsung Galaxy Note7 mobile phones is prohibited on all our flights.” Meanwhile Emirates said that “…passengers are advised not to turn on or charge these devices on board aircraft and not to stow them in any checked baggage”. Korean tech giant Samsung has stopped sale of the Galaxy Note 7 and is urging customers that have bought the device to “stop using (the device) and visit a Samsung service centre to receive necessary measures.” The company has started recalling the smartphone from retailers. For customers that have already purchased the phone, Samsung will replace their current device with a new one over the coming weeks.