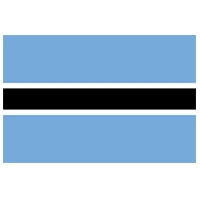 Formerly the British protectorate of Bechuanaland, Botswana adopted its new name upon independence in 1966. Naturally beautiful, Botswana’s standout features include striking salt pans, diamond-rich deserts and fertile flood plains which teem with game. The north, in particular, offers superb wildlife-watching opportunities, making this one of southern Africa’s top safari destinations.
The economy, one of the most robust on the continent, is dominated by diamond mining and tourism. Financial services and livestock farming are also key foreign exchange earners. Prudent management and the successful development of new mineral resources have afforded Botswana consistent economic growth at a rate of around 5% in recent years.

“The launch of the Diamond Park and the relocation of the De Beers business from London to Gaborone have brought in an influx of international businesses with interests in the diamond mining chain,” says Kagiso Dumasi, Commercial Manager: Africa for BCD Travel.

The most significant development on the Gaborone hotel scene in 2013 was the opening of City Lodge’s Town Lodge in May. Town Lodge is the group’s 2-star brand and this property has added 104 rooms to the Gaborone business travel landscape. Further out, the Cresta Mahalapye in Mahalapye (between Gaborone and Francistown) was due to open in December 2013, whilst Under One Botswana Sky is set to open a new lodge in Kasane.

Botswana has also seen a bit more activity in the air sector, with Kenya Airways increasing their number of flights from Nairobi to Gaborone. The new flight departs Gaborone at 00h50 and lands in Nairobi at 06h00. This August announcement was followed by the news that Air Namibia had suspended its flights to Gaborone, due to low passenger volumes. The Namibian national carrier introduced the route a year ago and initially operated three flights a week, before the flight schedule changed to include a fourth flight, when Air Namibia re-arranged its network. The airline is, however, continuing its Maun route.

“The airport in Gaborone is very user-friendly and there’s no need for any on-the-ground assistance when arriving or departing,” says Alfie Arrowsmith, Commercial Manager: Chapman Freeborn Africa. “The road from the airport to the town is also well maintained with good signage, so self-drive is an easy option.”

“Travelling to Botswana is probably one of the best experiences in Sub-Saharan Africa,” says Dumasi. “The newly-refurbished Sir Seretse Khama International Airport has a contemporary feel and is easy to navigate. The airport departure terminal has two airport lounges providing ample catering, comfortable waiting areas and most importantly Wi-Fi. Entrance fee for non-Business Class travellers is about $32.”

Early 2013 saw Air Botswana unveil its new lounge, after years of operating without one. The Pula Lounge offers services such as free Wi-Fi, refreshments and television, and is situated just off the international departures hall. The lounge is open to Club Gold and Diamond card holders of Air Botswana’s Teemane Club loyalty programme.

Through Priority Pass, passengers have access to the Nthula Lounge. This lounge is airside of Sir Seretse Khama – after immigration turn right and the lounge is located straight ahead. Operating hours are from 06h00 to 20h00. Conditions include: international flights only; maximum three hour stay; children under two are admitted free; premium selection of alcoholic drinks are subject to payment; smart casual at all times; no smoking. The lounge offers air-conditioning; disabled access; alcohol; a flight info monitor; newspapers/magazines; refreshments, TV and Wi-Fi.

“There are no direct international airlines from Europe or the United States into Gaborone, which means having to connect via Johannesburg and a few other cities, such as Windhoek, Lusaka and Harare,” says Dumasi.

Lonrho Hotels and City Lodge are the new players in the Gaborone market, with Lonrho’s Lansmore Masa Square opening in 2012, followed by City Lodge’s Town Lodge in 2013. The other major players are Peermont with its 5-star Walmont at The Grand Palm, 4-star Mondior and 3-star Metcourt Inn at The Grand Palm; Sun International with its Gaborone Sun; and Cresta Hotels, which has 10 properties across the country, including two in Francistown and two in Gaborone – Cresta President and Cresta Lodge.

Peermont also boasts the Gaborone International Convention Centre, which is also located at the Grand Palm and has become a popular destination for regional and international conventions.

“I have two favourites when I travel to Gaborone,” says Arrowsmith. “They are Peermont’s Grand Palm Hotel and Sun International’s Gaborone Sun. They both contribute to Botswana being an easy country to do business in.”

“Accommodation options are increasing due to the economic boom,” says Dumasi. “Lonrho’s Lansmore Masa Square is located in the newer business district of the city, while Sun International’s Gaborone Sun remains a popular choice for business travellers, due to its history, proximity to the CBD and offering. City Lodge’s Town Lodge is the nearest hotel to the Diamond Centre. It’s also the norm for hotels to include a complimentary shuttle to and from the airport.”

“I like Cresta Hotels, due to the fact that it has a country-wide footprint, whilst there’s also the Phakalane Hotel, which is great if you like your golf, with an 18-hole course on the estate,” says Julian Hill, General Manager: Avis Botswana.

Travellers should have no problem in major cities when staying at tourist class hotels, making it unnecessary to purchase local currency. MasterCard, Visa, American Express and Diners Club are all widely-accepted. ATMs are available in most large cities and towns, at most shopping malls and major hotels. The main commercial banks include Bank of Baroda, Barclays Bank of Botswana, First National Bank, Stanbic Bank Botswana and Standard Chartered Bank, with branches in major towns and villages.

To enter Botswana, a passport valid for at least six months is required by all nationals. Outgoing travel documents and sufficient funds are also required.

Visa exemptions are applied for African nationals from:  Kenya, Lesotho, Malawi, Maldives, Mauritius, Mozambique, Namibia, Seychelles, South Africa, Swaziland, Tanzania, Uganda, Zambia and Zimbabwe. The remaining African countries do require a visa. Visas are not required by transit passengers, provided they are continuing their journey by the same or first connecting aircraft, and do not leave the airport.

Those nationals who do require a visa for Botswana must include a copy of their travel itinerary with their application, along with a letter of support from their intended host and return visa or residence permit from their country of residence.

Travellers can obtain extensions from any immigration office in Botswana. No visitor is allowed more than a 90-day stay in any calendar year, unless permission has been granted in the form of a waiver pending the outcome of a residence permit application. If visitors wish to stay more than three months, they must apply to the Chief Immigration Officer before entering Botswana.

“The coverage is good and the roaming rates are quite reasonable, whilst most hotels provide capped Wi-Fi connection,” says Dumasi. “I would advise anyone staying longer than a week to purchase a local SIM card to save on costs.”

Malaria is only prevalent in the tourist-focused northern areas of the country. There is no malaria in Gaborone or Francistown. However, vaccinations for tuberculosis and hepatitis B are sometimes recommended. Special precautions: diphtheria, hepatitis A and C, malaria, rabies, tetanus and typhoid. A yellow fever certificate is required if travelling from an infected country. Bilharzia is endemic, so avoid swimming and paddling in fresh water.

When entering Botswana, travellers will need to cross over the foot and mouth pad (shallow basin, with a sponge).

The public health system is good. All main towns have chemists and pharmaceutical supplies are readily available.

Tap water is considered safe to drink, although outside main cities and towns visitors are advised to check first and sterilise water if in any doubt.

The best times to travel in Botswana depend on what the visitor wants to do – and the travel budget – as Botswana is a year-round safari destination.

Wildlife is Botswana’s main draw card. Wildlife parks compose nearly one-fifth of the country. Areas like the Chobe National Park, Moremi National Park in the Okavango Delta and the Central Kalahari Game Reserve have a very high concentration of game.

For the culture-cravers, the villages of D’Kar and Xai-Xai have many offerings, including arts, crafts, and the opportunity to participate in various rituals. Tsodilo Hills contains one of the largest collections of rock art on the continent.

People in Botswana are very friendly and the crime rate is low, but that shouldn’t stop you from remaining vigilant.

“The locals always warm up when greeted in Setswana,” says Dumasi. “It’s something to remember when conducting meetings. Dress code is formal, but a light formal wear is highly recommended, as it gets extremely hot during the day and most buildings do not sufficient air-conditioning.”

Botswana is affectionately known as the ‘Jewel of Southern Africa’, not only because of its vast reserves of high quality diamonds, but because of its unique and unspoiled wildlife reserves. You can also include its famous beef and the incredible Okavango Delta, yet very little is publicised about the vibrant city of Gaborone. The closest South African town to Gaborone is Zeerust in the North West province, while Gaborone itself is a comfortable four hour drive from Johannesburg. As the capital city of Botswana, Gaborone is a modern city with old and new standing proudly together.  The newly-developed CBD boasts modern African architecture and a contemporary-styled skyline, with Botswana’s first high rise building, the I Towers.

First time visitors to Gaborone will be astonished by the large number of expensive 4×4 cruisers on the roads. This is mainly due to one of Botswana’s favourite pastimes called ‘cattle post farming’, which requires vehicles of this stature to reach many of the beautiful isolated areas.

The city recently welcomed another large modern shopping centre, Airport Junction, which offers abundant parking and would not look out of place in any European city.

On the business front, the long-awaited relocation of the De Beers diamond sales office from London to Gaborone is nearing completion, and the first ‘sight holders’ sale took place in November with an estimated 200 sight holder representatives in attendance from all over the world. As much as four to six billion dollars of diamonds are likely to be sold annually.

African travellers will be impressed by the array of facilities on offer in Gaborone, and the city is poised to become one of the primary business hubs in Sub-Saharan Africa.

Botswana has once again been ranked as the least corrupt country in Africa. This year, the country was ranked as less corrupt than many countries in Europe, including Portugal, Spain, Italy and Greece.

According to reason.com’s Matthew Feeney, Botswana’s success in the annual survey over the years is attributed to its zero tolerance approach to corruption, buttressed by the putting into place of multiple oversight institutions, such as the Directorate on Corruption and Economic Crime (DCEC), the Public Procurement and Asset Disposal Board (PPADB), the Competition Authority and the Financial Intelligence Agency.

Botswana, as well as being the least corrupt country in Africa, is also one of Africa’s freest economies. This year, the Heritage Foundation ranked Botswana as the 30th most economically free country in the world in their annual Index of Economic Freedom (the only African country to rank higher than Botswana in this index was the island nation of Mauritius).

As Scott Beaulier, Associate Professor of Economics at Troy University, has pointed out, some of the early market reforms adopted by Botswana’s first president, Seretse Khama, were motivated in part by a desire to reduce corruption.