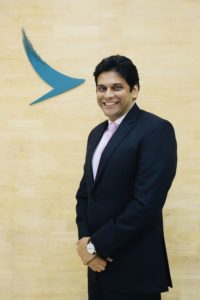 Abhijit will take over from Ashish Kapur. He will be based in Johannesburg and will be responsible for the growth of the airline’s business and operations in the region.

Born in Mumbai, India, Abhijit has over 21 years of experience in the hospitality and aviation sector. He began his career in 1999 and was a part of the Le Meridian hotel chain. In 2004, he moved to aviation, joining Air France – KLM, followed by Jet Airways handling Corporate and Trade Business for India.

Abhijit joined Cathay Pacific Airways in November 2009. After his earlier roles as Corporate Sales Manager and Area Sales Manager, Northern India, he was appointed Regional Marketing Communications Manager for South Asia in October 2014. Four years later he went on to Head Marketing and Direct Channel Sales for SAMEA region, designated as Regional Head of Marketing and Digital Sales for South Asia, Middle East and Africa based in Mumbai.

Over the last few years, he has been leading marketing strategy, direct channel sales, customer contact support for South Asia, Middle East and Africa. With his expertise and vast knowledge in sales, marketing and communication he continues to play an integral role in strengthening the airline’s positioning in the industry.