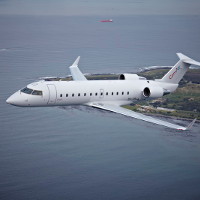 Bloemfontein-Johannesburg BACKGROUND: CemAir is a privately-owned South African airline that was established in 2005. Its headquarters are at O.R. Tambo International Airport in Johannesburg. CemAir currently owns and operates a fleet of Bombardier CRJ, Dash-8 and Dash-8 Q300 aircraft, along with a group of Beechcraft 1900Ds. The airline currently flies to Margate on the South African south coast, Kathu in the Northern Cape, George and Plettenberg Bay in the Western Cape on the Garden Route, Cape Town and Bloemfontein. CHECK-IN: Bram Fischer International is a pretty small airport with about eight to 10 check-in desks. I walked into the airport at 16h00, was second in the CemAir queue, and was quickly checked in. LOUNGE & BOARDING: CemAir does not have a lounge offering at any of the airports it flies into and out of, so I made use of the Mugg&Bean which is the only restaurant in the airport. Fortunately, Bram Fischer International offers free wi-fi. I had a quick coffee before going through the adjacent security at 16h30, the boarding time. There was a couple of minutes’ wait before boarding, but the airside space at the airport offers another, smaller Mugg&Bean facility and comfortable seating. We eventually boarded at around 16h40. THE SEAT: The single class Bombardier CRJ100 has 50 seats with a 2-2 configuration. It’s a small and cosy aircraft, and if you’re comfortably over six feet in height – as I am – you will find yourself ducking on boarding and finding your way to your seat. That being said, I found there was more legroom than you’ll find on South Africa’s low-cost carriers. All in all, a comfortable seat, with a CemAir inflight magazine in the pouch in front and overhead luggage storage above, although no inflight entertainment. THE FLIGHT: Scheduled departure time was 17h00, but we took off a few minutes early at 16h57. The remainder of the flight was straightforward and without incident, but not too much can go wrong during a 40-minute flight. So, arguably the biggest task for the flight attendant was efficiently getting tea/coffee and something to eat to her passengers before descent. This she achieved without any fuss, and further enhancing the experience was the cutlery and crockery offered by CemAir. Not for them polystyrene cups that seep coffee onto your tray, or plastic containers with soggy sandwiches. Instead, I was handed a nice, big, chunky coffee mug, accompanied by a decent, mid-sized plate with a tasty chicken-mayonnaise wholewheat roll. The other food options were a vegetarian roll and Lays crisps, whilst there was also a full bar service. I also liked the Lindt chocolate ball that came with my roll. That’s not something you see very often on other airlines. Further to that, there was bottled water on demand. ARRIVAL: We eventually touched down early at 17h37 and were quickly herded on to the waiting bus. The trip from there to the O.R. Tambo International arrivals terminal was short, and by the time we arrived at our designated baggage carousel, our luggage was already making its way round. I was able to grab my bag immediately and was walking out of the arrivals terminal by around 17h55, which was actually our scheduled landing time. VERDICT: CemAir’s original plan was to take on SA Express on this route – a route it believed was previously poorly serviced for the large number of weekly commuters between Johannesburg and Bloemfontein. Since its launch, however, another competitor, Fly Blue Crane, has also launched flights between Johannesburg and Bloemfontein, so there is now plenty of competition, which is obviously good for regular travellers on this route. It’s important to note that CemAir is not a low-cost carrier, and instead offers its customers a ‘full service’. That I can attest to, thanks to the seamless, efficient and enjoyable service I experienced between Bloemfontein and Johannesburg. Dylan Rogers CONTACT Flycemair.co.za