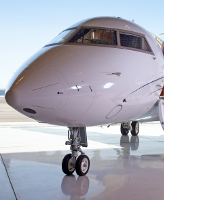 Private aviation in Africa is in a healthy state, but it’s not showing the growth that it should – yet – according to those players with a vested interest, as Kate Kennedy found.

The African private aviation industry is growing, but it remains relatively under-developed – when compared with the world’s more developed regions – and largely concentrated in a few dominant countries.

That was one of the reasons behind the launch of the African Business Aviation Association six years ago, with Chairman Tarek Ragheb and Executive Director Rady Fahmy – along with the association’s founding members – seeing an opportunity to grow the industry by representing the interests of Africa’s aircraft owners, operators, and suppliers with a single voice.

Today, AfBAA has approximately 120 members and its primary objective is to “promote the understanding and benefits that business aviation provides for the continent’s economic development and prosperity, through advocacy.”

Speaking towards the end of 2017, Fahmy was able to reflect on what the organisation was able to achieve since inception, as well as provide an update on where he saw the private aviation industry in Africa, going into 2018.

“Africa remains a continent with the potential for significant development,” said Fahmy. “In terms of business aviation, it was initially the hydrocarbon markets that spurred the sector’s growth. There was a rapid rise in business jet use in countries such as Nigeria and Angola, until fluctuating oil prices took their toll. Jet sales have slowed, partly due to slowing economies in these nations, but also because the initial capital expenditure had been made investing in new aircraft in the previous decade. Prior to this, Africa was a dumping ground for old jets, however, these days serious businesses maximise their jets, not buying a new one each year, but making sure the assets are delivering good returns on their investment.”

Fahmy was making his comments prior to the oil price rebounding in 2018, and the case could be made that one should now expect more activity and growth in those oil-dependent economies.

Not so in South Africa, arguably the African continent’s biggest private aviation player.

According to Comair Flight Services CEO Justin Reeves, the industry seems to have stagnated.

“This is mostly due to marginal growth in our local economy, and while many of our South African clients have large cash stockpiles, few are willing to spend it,” he says.

“Clients are increasingly chartering twin-engine turboprops and sacrificing a shorter flight time for a more cost-effective means of private flying,” says Philip du Preez, General Manager – Aviation, ExecuJet Cape Town. “Some clients will even take two smaller jets as opposed to a larger mid-size jet to accommodate larger groups, or consider an aircraft that requires a fuel stop en-route to keep costs down.”

South Africa has other challenges affecting its ability to grow its travel and tourism sector, with some of these challenges trickling down to the private aviation space.

“In South Africa, there’s the rate of exchange (strengthening of Rand v Dollar for US clients), the water shortage and threat of Day Zero in Cape Town, political instability in the form of a leadership change, land reform and the VAT increase,” says Nik Lloyd-Roberts, Commercial Manager at Federal Airlines.

All of which would suggest that the South African market is struggling to make serious headway, in terms of growth, and as one of the continent’s biggest players, that should, no doubt, impact on the overall African private aviation industry’s ability to grow.

No surprise, then, that Fahmy identified some other emerging players in his review of the industry at the end of 2017.

“The landscape has shifted recently, with East Africa undergoing economic development,” he said. “With less dependency on hydrocarbon wealth, it has perhaps even more opportunities than in other ‘established’ business aviation markets like Western Africa or Southern Africa.”

That probably explains why May saw AfBAA announce that will host its Commercial General Aviation Symposium in Nairobi, Kenya in November — the association’s first meeting focusing on flight operations in the turboprop hub of East Africa.

“Unlike West Africa, which maximizes the capabilities of longer-range jets, East Africa depends on the flexibility, versatility and off-road capabilities of the smaller turboprop and helicopter machines,” said Fahmy.

AfBAA will, no doubt, like to see the balance of power shift to other regions on the African continent, away from the traditional strongholds of South, West and North Africa, specific to some of the countries there.

“We rely on countries approving overflight and landing clearances, which, if delayed, can impact our clients’ ability to be agile – a key consideration for business. We believe that the drive on the continent towards the Single African Air Transport Market will ease operations in the region,” says Du Preez.

Reeves has also been following the drive for African states to adopt the SAATM, which is, to some extent, a modern rehash of the 1988 Yamoussoukro Decision. A study commissioned by IATA in 2014 showed that unrestricted air travel between the 12 largest African economies could boost their combined annual GDP by $1.3 billion and create 155,000 new jobs.

Unfortunately, there has been very little action since 1988, despite recent attempts to drive this process forward.

“Our continent’s habit of following pointless bureaucratic processes often hampers progress in a time when First World economies are cutting red-tape and making it easier to do business in a global market,” Reeves says. “The single biggest hurdle we face as an international operator is obtaining overflight and landing permissions from each country that we overfly and land in, often taking days and many man-hours to obtain, making it much more challenging for an African operator to operate last-minute flights, compared to Europe and the US, where there are much better systems in place to deal with short-notice operations.”

Private aviation not only plays a role in facilitating efficient business travel and the accessing of difficult-to-reach meeting destinations on the Africa continent – along with the element of saving the company precious time – but it is also an important player in the MICE space.

The African continent is starting to flex its muscles in the association meetings sector – with the emergence of a number of impressive conference centres in the likes of Rwanda and Nigeria – and Africa’s attractive tourism offering is also finding itself a good fit for the incentives space.

To this extent, charter flights to safari lodges in South Africa have proved so popular that Federal Airlines has launched a new VIP jet shuttle service to Singita’s private camps in the Sabi Sand Game Reserve, located adjacent to the Kruger National Park. From 1 June, guests heading to the bush can book a seat on a Federal Airlines flight, as opposed to booking an entire aircraft – a first for the African continent. The airline will be using a nine-seater Cessna Citation Excel and a four-seater Cessna Citation Mustang for this service.

“Time remains the greatest commodity for such groups,” says Lloyd-Roberts. “In the luxury space, smaller aircraft are uniquely positioned to provide a direct flight service to much smaller airfields, thus saving the client precious hours on their overall itinerary.”

The MICE industry has become a significant contributor to Comair Flight Services’ bottom line in recent years – it helps that CFS is able to offer access to Comair Limited’s fleet of Boeing 737s, as well.

“We have found that the secret is to develop robust systems to process up to 600 passengers quickly and efficiently, while still letting them feel like it’s an exclusive charter experience and not just another commercial flight,” says Reeves.

For ExecuJet, however, the MICE market isn’t a priority.

“We do facilitate some of these trips for existing clients, though airline prices are very competitive and private charter for large groups is still considered pricey,” says Du Preez. “But when time is of importance, it can be the more cost-effective option, as savings can be made in other areas, such as accommodation and meals.”

Whatever the focus, the African private aviation industry has the ability to grow, and that has a lot to do with the low base it is working off, the ‘lay-of-the-land’ on the continent, and the attitude of Africa’s governments towards commercial aviation.

It can, and should, grow, as explained by AfBAA’s Fahmy.

“This commerce is run by executives that need to travel frequently and conveniently, so the demand for business aviation and the accompanying infrastructure continues to rise,” he says. “Commercial aviation remains extremely restricted in Africa, so the benefits of business aviation are now being experienced by African executives who realise flying privately is not a luxury, but genuinely facilitates business and is an essential tool.”