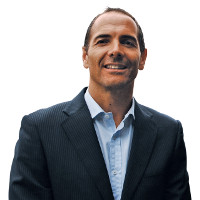 With the intention of establishing a reputation as the leading airline group in Latin America, LATAM brought together the best of LAN and TAM, two smaller airlines operating in the region, on 6 August 2015 into a single, larger industry player. On 5 May 2016, the brand, which represents the best of Latin America and incorporates the elements that symbolize and represent this region, began appearing in physical spaces and aircraft. Rodrigo Contreras Brain, LATAM Airlines Group Managing Director, Europe and Africa, offers some insight into the newly forged airline.

Q: What does your fleet look like, in terms of which aircraft you fly and what you have on the Johannesburg route?

A: LATAM Airlines Group has a fleet of more than 320 aircraft with an average age of seven years – which makes its one of the youngest and most modern fleets in the industry.

For long-haul passenger operations, LATAM incorporated more aircraft with new technology as part of its fleet renovation plan, aiming to standardise its aircraft fleet and increase capacity by adding larger and more modern models, to maintain its leadership in efficiency. In September the company added five B787-9s, three A350-900s and one A320NEO. By the end of 2016, we were expecting to have a fleet of 329 aircraft.

The flights between Johannesburg and São Paulo are operated with LATAM’s Boeing 767-900. The aircraft features 191 seats in economy class and 30 in business. Apart from LATAM’s extensive Latin American network, passengers have access to over 1,000 destinations in more than 150 countries through the oneworld partnership.

Q: What can passengers expect from the onboard product?

A: LATAM Airlines’ premium business class features the latest generation seats, with an emphasis on creating a feeling of space. The 2-2-2 configuration means passengers can choose between privacy and sharing with their travel partner, and also maximises accessibility. The menu features the finest Latin American cuisine and was designed by a renowned chef. The wine list has been curated by Héctor Vergara, our region’s most-awarded sommelier. Premium business passengers have access to LATAM’s VIP Lounges throughout Latin America, with the oneworld partnership opening up access to 650 more lounges around the world, offering them the chance to shower and catch up on business.

The economy class offering features ergonomically-designed reclining seats with adjustable headrests, for maximum comfort. The 2-3-2 seating configuration maximises cabin space and comfort. The personal entertainment system offers music, videos, movies and games for all tastes. Our meals and snacks showcase the best of Latin America and staff are always on hand to make sure passengers enjoy their travel.

Q: What is your target market on the Johannesburg route – business, leisure or both?

A: The BRICS connection between Brazil and South Africa will ensure a healthy demand for business travel, particularly in business class offering. On the leisure side, with 115 destinations in Latin America accessible as part of our network, we hope to welcome many leisure travellers from South Africa, as well as the rest of Africa.

In terms of travellers going to Latin America, we offer connections to any corner in the region from city sites at Santiago de Chile, Buenos Aires, Quito and Rio to extreme nature experiences in Patagonia, the Galapagos Islands, Atacama Desert, Machu Picchu and the Brazilian beaches.

For travellers coming to South Africa, Johannesburg is one of the main gateways to Africa and the surrounding region. From a business perspective, there are major links between South Africa and Latin America in many industries, including mining, food and wines and we expect this connection will foster the relationship between both continents. We expect to transport 50 000 passengers on this route each year.

Q: Why did you choose South Africa as your first non-Latin American destination?

A: There are many similarities between South Africa and countries in Latin America. The strong trade ties and attractive exchange rates and visa regulations make the two markets attractive to each other.

Q: What are your observations of the Johannesburg route and passenger behaviour since launching?

A: LATAM enjoys a very healthy load factor on this route and we can only foresee that these numbers will continue to grow. The Brazilian economy is on the up, which we think will stimulate travel into South Africa, and we hope that the same is true on the return route.

Q: What do you think will draw South Africans to visiting South America?

A: South African travellers are cost-conscious, so visa-free countries are very enticing. In fact, the only country in South America for which South African passport holders need a visa is Bolivia. LATAM offers three weekly flights between Johannesburg and Sao Paulo and connections into 115 other destinations.

Q: Are there any plans to expand your African footprint beyond South Africa?

A: We are continually assessing our capacity and the demand for tickets. Currently, there are three flights per week between Sao Paulo and Johannesburg and if there is a need, we will certainly consider it.