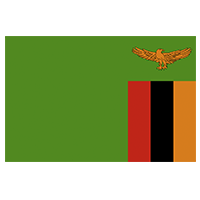 Politically stable, peaceful and centrally-located, with a growing economy, a good supply of quality hotels in the main centres, and an airport that needs a bit of a facelift. Well, you can’t have it all… yet Zambia has much going for it, and is finding favour as an African business travel destination.

The economy revolves around copper and continues to grow, thanks to higher commodity prices and investments made after privatisation. However, the Zambian government is pursuing an economic diversification programme to reduce the economy’s reliance on the copper industry. This initiative seeks to exploit other components of Zambia’s rich resource base, by promoting agriculture, tourism, gemstone mining and hydro-power.

“Zambia has experienced significant economic growth in recent years, the result of stability in the country from a political perspective, significant income from the local copper industry, and an economy that is being well managed,” says Nicholas Barenblatt, Group Marketing Manager for Protea Hotels, which has a significant presence in Zambia, in the form of seven hotels. “As a result, we’ve identified the country – and its capital Lusaka – as an environment with good potential in terms of business travel. As for tourism, the country has a great deal to offer.”

The jewel in the tourism crown is the Victoria Falls, one of the ‘Seven Natural Wonders of the World’. The falls is one of the country’s many natural features, along with the wide variety of wildlife to be found in large game parks.

The bulk of the population is concentrated in a few urban areas along the major transport corridors. The capital, Lusaka, is the largest city located in the south.

“Lusaka is a transit point for corporate travel to and from the Copperbelt,” says Paul Norman, General Manager of the Southern Sun Ridgeway. “There is a growth in the retail, and to a lesser extent, banking sectors, and Lusaka is the hub within the country for these sectors.”

Also significant and with its own airport is the prime tourist spot of Livingstone, which is the gateway to the Victoria Falls.

Also with their own airports are the mining areas of Ndola and Kitwe. Ndola is the administrative capital of the Copperbelt, while Kitwe is Zambia’s second-largest city, in terms of size and population, along with being one of the most developed commercial and industrial areas in Zambia, alongside Ndola and Lusaka. It has a complex of mines on its north-western and western edges.

Other notable cities include Chingola and Mufulira in the Copperbelt.

Kenneth Kaunda International Airport is the largest airport in Zambia. It is located 27 kilometres from Lusaka, and despite being built in the late 1960s is fairly well maintained, offering travellers access to car rental firms, transfer services, foreign exchange bureau, duty-free stores, a post office and a restaurant.

“It is obviously dated, but for the current levels of traffic it is sufficient,” says Norman. “The exception is immigration on arrival which can be time consuming. This however would be the case whatever the physical layout. Have a visa in advance, if required. This makes it quicker at immigration. Also, keep the baggage ‘stub’ for examination by officials as you leave the arrivals hall. On departure, there’s no need to arrive before 90 minutes prior to departure.”

From a lounge point of view, September 2014 saw the announcement that Kenya Airways would open a brand new lounge, bringing to four the number of lounges at the international airport. The other lounges are the SAA, IAPCO Club and FNB lounges. First National Bank Zambia launched its first FNB Lounge at KKIA in 2013. FNB Premier Banking clients can use their Platinum card to gain exclusive access, and the lounge is wi-fi enabled, has catered food and comfortable wash and change rooms.

All regular travellers, though, are eagerly anticipating the completion of the upgrade to Kenneth Kaunda International, which is now underway. When the plans were first unveiled in 2013, it was said that the new airport would contain a new two-storey terminal building, including 22 check-in counters, 12 border channels, six security check counters, a shopping complex, an airport hotel of 80 rooms, and a new car park.

“We are thrilled about the expansion of the airport,” says Barenblatt. “The plan involves doubling the capacity for the number of passengers that can be processed by the airport, which bodes well for the tourism industry, since there are bound to be more foreign business and leisure travellers coming into the country.”

From an airline point of view, Emirates is arguably the biggest international airline flying into Lusaka, along with Africa’s ‘Big 3’ – South African Airways, Kenya Airways, and Ethiopian Airlines – and fastjet, which provides a low-cost option between Dar es Salaam in Tanzania and Lusaka. Other African airlines flying into Kenneth Kaunda International include Air Botswana, Air Namibia, Air Zimbabwe, Airlink, Malawian Airlines, and TAAG, whilst 2015 saw RwandAir announce the launch of three weekly flights from Kigali.

Airlink operates direct flights between Johannesburg and Lusaka on Mondays, Tuesdays, Wednesdays, Fridays and Saturdays, whilst the South African airline also offers a service between Nelspruit and Livingstone on the same days.

Also on the Livingstone route, British Airways, operated by Comair, provides a service from Johannesburg.

Air Zimbabwe only resumed scheduled flights between Harare and Lusaka in 2015.

Last year also saw low-cost carrier flyafrica announce the launch of flights between Johannesburg and Lusaka and Harare and Lusaka.

Local Zambian carriers haven’t fared too well for a variety of reasons, but Proflight Zambia has been in business for 20 years and managed to prosper. It has also been quite active in the last couple of years, celebrating its first international scheduled air service from Lusaka to Lilongwe, Malawi in 2013. Proflight also flies to Livingstone, Kafue National Park, Solwezi, Ndola, Kitwe, Kasama, Jeki, Royal, and Mfuwe in Zambia, along with Lubumbashi in the DRC.

In Lusaka there are a couple of major brand hotels within a 20 kilometre radius of Kenneth Kaunda International Airport.

Protea – a member of the Marriott stable since that acquisition in 2014 – has the biggest presence of any of the groups, with seven properties across Zambia and four of them in and around Lusaka. Protea Hotel Cairo Road is ideally-located for someone working in the CBD or the light industrial area. Protea Hotel Lusaka Tower and Protea Hotel Lusaka are both situated in the Arcades Shopping & Entertainment complex. Manda Hill Shopping Centre is also close by and the airport is easily accessible – a drive of about 20-25 minutes. Alternatively, if you’re able to combine business with leisure, Protea Hotel Safari Lodge is 45 kilometres from Lusaka, located on a private game reserve with quad bike safaris, game viewing and fishing.

Protea has more in the pipeline, with construction on an eighth Protea Hotel in Zambia already underway in Ndola. It is expected to be completed in 2016.

Looking at the other brands, Cresta Hotels has the Cresta Golfview, which has 78 rooms, four conference facilities that can accommodate up to 300 delegates, airport transfers and complimentary wi-fi.

There are also big international brands in the form of Best Western, Radisson Blu, InterContinental, and Taj. These are the most prominent hotels, and you won’t go wrong with any of these properties, particularly as they enjoy the backing of an established hotel group.

Best Western made its first foray into Zambia in 2015, linking up with the Golden Bridge Hotel in a venture that has resulted in the Best Western Plus Lusaka Grand Hotel. It is located in the CBD on the Great East Road, and its features and amenities include high-speed internet, complimentary breakfast, a pool, airport shuttles, a fitness centre, a meeting room and room service. The hotel’s restaurants include the Manna Restaurant, which offers international cuisine, and the Mandarin Restaurant, which has obvious appeal for Asian guests. There’s also the Wodka Piano Bar.

Another safe bet is going with Tsogo Sun Hotels, which operates the more budget-friendly StayEasy Lusaka and the 4-star Southern Sun Ridgeway, which was formerly the Holiday Inn.

“From a hotel development point of view, it looks like Africa’s first Hilton Garden Inn could open in Lusaka in 2016 with 148 rooms,” says Trevor Ward, Managing Director of W Hospitality Group. “There are no new chain hotels signed or under construction anywhere else in Zambia.”

If you’re looking at branded hotels in the other cities, you will only find the Protea properties in Chingola and Chipata.

Although using forms of payment other than cash is growing in popularity, travellers should not depend on credit to get around the country.

Visa is the card of choice in this part of Africa, MasterCard is far less popular, and use of all other cards is virtually unheard of outside of the international hotel chains. It is worth noting that a MasterCard will not work in a Visa ATM or Visa card swipe machine. If you only have MasterCard, be prepared to be declined! Currently, Barclays and Stanbic are the only banks that operate MasterCard ATMs.

Ensure you have other payment options when travelling in Zambia.

Passport holders from the following African countries do not require visas – Botswana, Kenya, Lesotho, Malawi, Mauritius, Mozambique, Namibia, Seychelles, South Africa, Swaziland, Tanzania, Uganda and Zimbabwe. Business travellers can obtain a visa at the port of entry, but must produce an invitation letter. Business visits by a single individual cannot exceed 30 days in a 12-month period.

Interestingly, May 2015 saw the news that the ‘univisa’ between Zambia and Zimbabwe had been declared successful and would be extended to Namibia, Botswana and Mozambique. This means tourists can for the same fee ($50) visit more SADC countries.

As always, to be sure, check with your local embassy before travelling.

If you’re looking for a good restaurant in Lusaka, Norman recommends Chang Thai, which he describes as “genuine, good value.” His other recommendation is Marlin’s, for “a truly great steak at a good price.”

For Barenblatt, no surprise that he’s punting The Steakhouse Restaurant on the ninth floor at Protea Hotel Lusaka Tower.

Zambia is opening its doors to investors from countries around the globe, including Turkey, China, Japan, America, Germany, Botswana and Namibia.

Why is Zambia attracting investors from around the world? Here are just a few reasons: a stable macroeconomic environment; unrestricted limits to transfer profits made after tax for investors; and being committed to investment and the private sector. Zambia offers attractive incentives and benefits for investors – one of these being reduced or free import duty on certain raw materials and imports of certain machinery etc.

The country offers immense opportunities for investors, in the areas of tourism, manufacturing, mining and others.

Together with its favourable investment landscape, Zambia has had political stability since its independence in 1964. It also has strong economic growth, with significant GDP growth taking place between 2005 and 2013, when the country’s economy grew more than 6% per year.

Those are the cold, hard numbers, but just as importantly, Zambia has friendly people, a great climate, is centrally located, and is basically a happy country – all of which adds to the ‘pros’ and hopefully makes it more attractive investors.