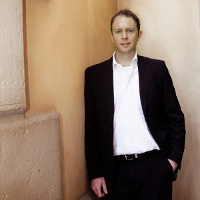 If you haven’t embraced the sharing economy, look out. It is finding its way into more and more industries, and if you think yours is safe and immune from its influence, you’ve probably got your head in the sand, particularly if you are in the service industry. We have already seen the impact of Uber on the taxi and car rental industries, whilst Airbnb has shaken up the hotel market. Africans may argue that that impact has so far been minimal – well, in the case of Airbnb, maybe – but there’s no doubt that the trend is unlikely to be reversed. New data from Juniper Research has found that sharing economy platform providers are likely to reap the benefits from an explosion in service uptake by the end of the decade. Juniper Research “provides research and analytical services to the global hi-tech communications sector, providing consultancy, analyst reports and industry commentary.” This particular study looks at the shared economy ecosystem, including the more established sectors of transport, crowdfunding and rented space, alongside new, burgeoning sectors such as collaborative innovation, logistics and shared manufacturing. The study is titled Sharing Economy: Opportunities, Impacts, and Disruptors 2016-2020, and it found that sharing economy platforms, such as Uber, Airbnb and TaskRabbit, are to witness a trebling of revenues from $6.4 billion in 2015 to $20.4 billion by 2020. Quite interesting for the African continent, the study also found that the expansion of sharing services into emerging markets, coupled with growth in what are deemed more established regions, will drive a surge in returns for investors. Whilst a number of industries have already been impacted by the sharing economy, other core markets will see significant disruption over the next few years. For example, providers of shared personal services such as TaskRabbit, Airtasker and the Japanese platform Anytimes will see their time saving solutions prove popular with consumers striving to maintain a healthy ‘work-life balance’. Juniper believes that a number of smaller and emerging shared economy industries are primed for significant growth over the coming 10 years, namely the shared delivery and manufacturing sectors. Uber has already launched its UberRUSH local delivery service, as well as UberEATS, which utilises freelance drivers to deliver food, disrupting the logistics sector. UberEATS recently launched in Melbourne, Australia bringing the total number of cities in which it is available across the globe to 13, with plans to continue expansion throughout 2016. That expansion includes the African continent, with an announcement in July that UberEATS will soon have a presence in South Africa. The sharing economy is not ‘on its way’ – it’s here already.